Johan Galtung coined the term structural violence to describe the practice of negative peace, imposed peace, peace of the empire, peace at the point of a gun. So, what would structural nonviolence look like, that is, positive peace? 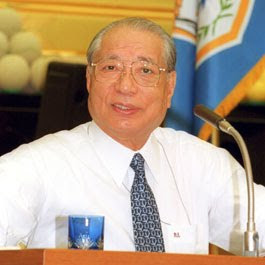 I hold the unchanging conviction that religion exists to serve humanity; humanity does not exist to serve religion. And it is by pursuing the challenge of serving humankind that religion can overcome the tendency toward fundamentalism and authoritarianism and provide the fertile soil from which a genuine culture of peace and empathy may grow.

When religion serves humanity rather than humanity serving religion, we can expect a transformation in at least one driver to war. How can we extend Ikeda's challenge to other realms?

When money serves humanity instead of humanity serving money, that will be a welcome change in the Gordon Gekko Greed Creed. 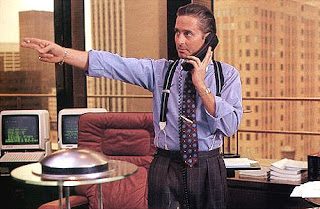 When homes are built so that they prepare a person for a lifetime of low energy consumption, that will help housing serve humanity instead of humanity serving housing.

When nationalism serves humanity, so that ethnic dances and food and legends of loving serve a nation rather than aggression and hatred of others forcing humanity to serve nationalism, that will transform another driver to war.

When the safety of our families serves a common security rather than notions of individual security serving the security state, we will finally begin to value true security in peace rather than the illusory security of one people at the expense of another.

When a nonviolent military serves humankind rather than a nation of sheep serving a domineering military, we will have achieved the sustainable result Ikeda and others have worked so hard to reach.

These are visions, of course, that quickly become hard work, undertaken by those who understand that they will be regarded as quixotic at best, and sometimes as dangerous threats. That is why, even when those who favor violence in the name of justice are investigated by the security state, the nonviolent challengers are also investigated, again and again. This is just what happened when the FBI decided to investigate some of the groups who were organizing demonstrations against the Republican National Convention in Minneapolis in 2008. Some of the organizers posted photos and videos of molotov cocktails far in advance, possibly not understanding that the FBI and Homeland Security have zero sense of humor about such things. Sure enough, there has been a far-reaching investigation, including the well known pacifists, Catholic Workers. 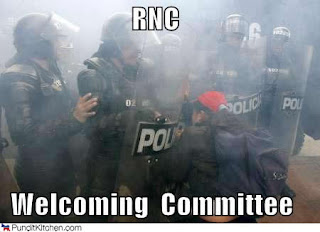 We are used to it.

Yes, some of the organizers of the opposition to the Republicans had expressed admiration for Hugo Chavez in Venezuela and the FARC in Colombia, as well as the violent Palestinian insurgents. I'm sure some were rooting for the insurgents in Iraq and Afghanistan, who are using violence to get the US military out of their respective nations. When people do that, they are using this quaint thing called freedom of speech. Is it smart speech? No. Is it speech that will win adherents in America? No. But it is still free, we hope.

We on the pacifist side should be able to organize opposition to war without harassment and intimidation by the state. We want to draw in others to this peace point of view, not drive them away. We think our message of nonviolence is one that could resonate with people and we want, then, to strikingly differentiate our message from anyone who promotes or even permits violence as a method of change.

"But we need solidarity," say those who are more morally flexible about methods. "We want the same thing in the end."

No, we don't. They want a world in which armed force resolves the question. They happily accept our wimpy nonviolent help, but reserve the right to kill others in the name of their goals. We want to be seen as quite different and as committed to nonviolence. We want a world where violence doesn't resolve or manage conflict and we cannot get there by countenancing violence, period.

The means and ends are twinned, intertwined, and inextricable. As a pacifist, I refuse to join with those who use violence. They are not my people and I am not with them, fundamentally. I'd encourage factionalism. I'm a splitter. But I'd join with others who are also seeking change using nonviolence, even if they only use it tactically and strategically, as long as they commit to only nonviolent conduct in the cause for which we work.

That, to me, is how you actually build a movement. It's not by agreeing to act in unthinking coalition with the self-anointed radical fringe. It's by reaching to the majority and convincing them that it is in their enlightened self interest to support the policy change you believe is crucial. When you outreach to them as a nonviolent activist, they are more likely to be drawn in. If they think you are allied with wingnuts who want to throw bombs, they will logically avoid you.

Thus, in the end, those who look like dividers become uniters. Pacifists should divide from those who favor a permission of violence. That will help them unite the majority toward peace, toward a culture that rejects violence at every level.

the elephant in the room- the bugaboo that drives the wedge with the hammer of "i'm so right and you're so wrong" is the split between the up and down - i.e. - the left is perceived by the right intelligensia as assuming ethical high ground by refusing the whole concept of a high ground - the up there that determines the down here - but that's the whole tamale for a traditionalist, conservative...

we musn't succumb to painting the other with a broad brush of derision no matter how tempting...(because it is irrational)even in the name of being tolerant - some of the most intolerant people I know (against the right wingers) emblazon "tolerance" on their banners -be tolerant my way or else go away

Thanks, Marco, you remind us that there is literally no bottom to the conundrums, no top to the dilemmas, and no end to the paradoxes. It is always more complex than we portray.

If we try to list out names of violent and non-violent people we have known of, the latter list would be much smaller. Why is it that we are at a loss here? Do hatred, fear and abhorrence have a higher psychological ranking within us than peace, love and contentment? Understand better how our mind registers and reacts to these two sides of the same coin http://oneworldacademy.wordpress.com/2010/10/04/non-violence/

I like the idea of moving past Gandhi's idea of nonviolence "must never be the shield of cowards." We are all brave heros in some moments and craven cowards in others. Nonviolence simply needs to be the no-exceptions norm and then we will figure out how. Thanks for the link to the 'academy'.