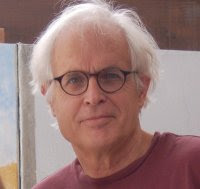 My friend Winslow Myers doesn't consider himself an intellectual nor an academic, but he is. Since 1984 he has been writing op-ed pieces in favor of peace and disarmament, all the while teaching in both high schools and colleges. But his discipline is art and art history, so he bemoans his lack of scholarly credentials in the fields of peace and nonviolence. But his special studies of that field have given him very solid expertise and his ability to write about esoterica and arcana in ways that all of us can understand is valuable indeed. His writings have animated the peace group Beyond War and have provided the primary content studied by groups across the US for many years.

The struggle by some academics to give solid information to the public in digestible form is long and interesting, with some career casualties and reactionary institutions playing antagonistic parts along the way. One interesting strand has been the peace scientists that began their braided journeys of social science research and public peace intellectualism half a century ago in Ann Arbor, Michigan.

These pioneers in peace science include David Singer, Elise Boulding, Herbert Kelman, Paul Kimmel and others. They launched many journals, longitudinal studies, professional associations and have done enough public scholarship--that is, translating their research findings into informed opinion for public consumption--so that the war system's impact has been at least slightly blunted, from Vietnam to Iraq to Afghanistan to nuclear weaponry to military budgets.

If a certain amount of that scholarly activity has been brought into our public discourse with the effect of helping all of us to learn more, how can we encourage them to continue and offer more? We obviously need it. 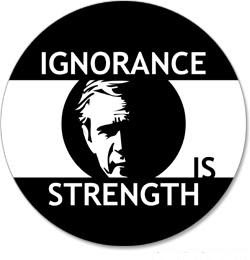 Academic freedom is clearly crucial. A friend of mine who taught at Vassar was fired some years ago for nominally unclear reasons. It was no coincidence that he had just written an op-ed for nuclear disarmament.

Time constraints are another issue. Between mandated contractual teaching, committee work, research, grantseeking, publishing and civic engagement, the average scholar is never caught up. Many have told me this is why they don't even try to write for the public.

Distribution of the work of peace scholars who also write for the public is another solution to the obstacle of getting a piece published. Busy scholars need institutional backing in this regard. PeaceVoice helps but it cannot serve in the same way that an academic institution can. I've been teaching peace and writing about for many years and in the decade I've been at my school I've been contacted only twice by public affairs to participate in media, despite 10 years of war and massive public debate about some of it. Any cursory read of the courses offered would show just a tiny handful of us teaching to that very topic. I do not claim to be a great spokesperson for peace, but my challenge to all our academic institutions is to at least have a few peace people in the contact list to connect with media.

Research, of course, is dismissed by ideologues unless it matches their worldview, but most people are still not so polarized that reason cannot reach them. Time to help bring more science to the service of more peace.