"We've asked DOE what they're going to do with it, and we're waiting on a response."
--Shelly Wilson, federal facilities liaison for the South Carolina Department of Health and Environmental Control on the indeterminate status of weapons-grade plutonium that had been scheduled for more processing at the Department of Energy Savannah River Site in South Carolina 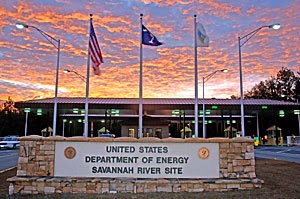 How is it possible that the US is adamant that other nations--like Iran--absolutely cannot have a nuclear bomb while we continue to stagger forward and backward in what was a major promise made 45 years ago to the people of planet Earth, that we would dismantle all nuclear weapons? Of course Iran shouldn't have The Bomb. Neither should Israel--Iran's favorite Most Hated Nation in the Neighborhood. As long as Israel has hundreds of them, Iran will aspire to have them too.

Meanwhile, the US is dazed and confused about its own nukes, its massive amounts of radioactive exploding poison for bombs, and its path forward. Obama won a Nobel Peace Prize for a nice speech against nukes, a speech full of broken promises, and those promises will stay broken without citizen pressure to mend them and tend them and finally earn that positive peace we need so badly. Instead, we lurch along with the ultimate negative peace, the nuclear gun to the head of the rival, a gun that will kill most life on Earth if the trigger is ever pulled by intent or mistake.


We have a political ecosystem of war. We need a political ecosystem of peace.
What we have now is a series of bizarre co-dependent relationships of enemies dependent upon each other to justify abominable weapons and corrupt policies. We threaten global annihilation 24/7/365 and we plan to make it worse. We need Putin and his nukes to justify ours, just as Pakistan needs India with their nukes to justify theirs, and China needs Russia and possibly India and possibly the US to justify theirs. Fatal attractions. Lethal co-dependencies. Mortal frienemies.
Only one power will fix this. Civil society will rise up and end this insanely immoral activity or the "I'll wager the future of the human species as long as I make my riches" war profiteers will continue to twist the narratives until they are as broken as the promises. Up to us. Can we get to it?

The Earth cries out for transformation

Wars take a long time to end. Therefore, peace takes a long time to start. When the legacies of war continue to take lives, cause disease, and blow up farmers and their families, equipment and animals, can we find peace? What if the Nazis had planted a few million landmines in the US and those mines killed people every year? Would German apologies be accepted so readily?

This is exactly what we did to Vietnam, just to cite one piece of one example from a very large data set. We left that country in a state of complete wreckage, toxicity, unexploded ordnance (UXO) and ruined infrastructure. It was in abject poverty. Yes, the Vietnamese 'won'--they evicted the American empire and had the communist government they wanted. It was such a pyrrhic victory for them and a resounding loss for the US. War=two big losers and millions of small losers and a few war profiteer winners.

It is long past the time when war was ever adaptive except for the profiteering elite. All war is war on the Earth. The Earth includes us, along with soil, water, and air. In Vietnam, they are still struggling to remediate the massive attacks--chemical and antipersonnel bombs--we made on their very land, on the jungle, on the wetlands, on the rural villages, on the civilians, on the generations. Babies are still being born deformed, 150,000 so far. 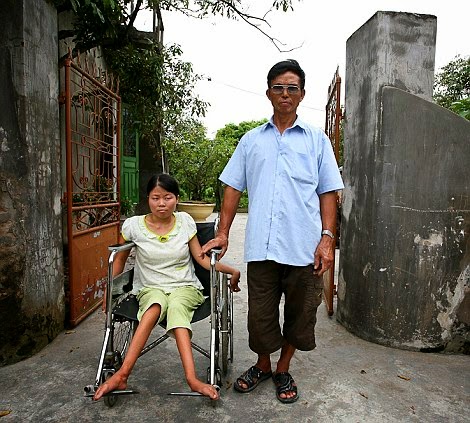 USAID has contributed $82 million to the start of the dioxin (Agent Orange) and UXO cleanup in Vietnam, a small but important first step (VietNamNet Bridge, 27 March 2014). If we completely converted the Pentagon budget to remediation and compensation, we might make a good number of friends and we would lengthen our lifespan as a nation and as a species. We would employ millions and save millions. Could there be a better transformation?

Toward an end to an ecology of war

An ecology of peace would be a set of relationships that included care for Life, and a programmatic approach to transformation of conflict. Anything less should simply mean more struggle toward it.

What happens when we have an ecology of war?

We see disregard for Life and we see a default to destructive conflict.

In 1957, for example, the Marines at Camp Lejune first started contaminating their well water, the water that Marines and their families drink, with trichloroethylene (TCE), an industrial solvent used to degrease metal. Outside researchers, responding to medical problems, found two directly related phenomena. One, the well water on the base was contaminated with many things but the TCE levels were 280 times the maximum allowed by EPA. Two, "the Agency for Toxic Substances and Disease Registry found an alarming rate of miscarriages, birth defects and childhood leukemias" (Goode, 2007). A million Marines and their families have been exposed.

So? Freedom isn't free. Friendly fire happens, either with bullets or chemical internally delivered 'bullets.' Marines die, their children die, their spouses die, you pay your war taxes and it's all spent up before we can get around to health care as a right in the US. Instead, it is your right to have Marines, in your name, attack in Iraq, Afghanistan, Panama, Grenada, Vietnam, Korea, and all the way back. So there are some desultory efforts to reduce the pollution but all efforts to apply stricter standards to Camp Lejune water have "met with resistance from the Pentagon" (Goode, 2007).

Key to resolving these attacks on the Earth is fixing our methods of conflict management. When we begin to frame each crisis as an opportunity to negotiate a win-win outcome and commit to doing so nonviolently, we will have troops who are unarmed with hardware and well armed with knowledge, specific multicultural skills, and strategic nonviolence. We will have leaders who work to reassure everyone that we will not exploit anyone, that we are committed to nonviolence, and we don't need so many metal instruments to degrease. We will shut down all foreign military bases and convert all domestic bases to peaceful methods of national defense.

That will be a key component of an ecology of peace. We can get there incrementally, and at some points, we can take large strides.

Veiled C & B--what are the hidden costs and benefits?

Is violence effective? Well, sure. Any schoolchild can tell you that. I remember my sister teasing me until I punched her in the upper arm. She would stop teasing me and start crying. I would not have to deal with the teasing for a minute--but that minute was spent trying to explain my frustration to my Mother. It was uncomfortable no matter what until I learned how to deal with her in a bit more mature fashion. Nonviolence worked much better, and was ultimately much faster because there was no period of escalation once my sister learned that I now was immune to her teasing.

But of course violence makes things happen. Sometimes they get much worse much faster, sometimes things get better over time, and there are times when violence seems to solve all problems instantly. However, there are almost always upcoming costs to the instant success of violence, whereas the hidden costs of pure nonviolence are, for the most part, nonexistent or negligible. Nonviolence can cause a crackdown of sorts but that actually diminishes in the face of nonviolence rather than increases. Some costs of violence are not so immediately apparent, nor are some benefits of nonviolence.

When, in 1996, the IRA broke its ceasefire and bombed Canary Wharf, that appeared to move the Brits off the dime and in a couple of years there was the 1998 Belfast Accords (Woodworth, 2007). Other IRA attacks included civilian areas in England, though warnings were given in order to claim that the targets were economic, not people.
On the other hand, what if? Can we apply any number of counterfactuals to suggest alternatives to that bombing that might have also driven the UK to release IRA prisoners and sign an agreement?

What if:
The costs of such nonviolent measures would be quite a bit lower than the draconian responses to bombings, even the bombings that sparked renewed interest in finding a solution. This is really the idea, isn't it?

One major problem for violent insurgents and terrorist separatists is that any violence is often assumed to be their work, even when there is no connection. Of course, this is true for any violent actors. Why is it so common and so easy to blame the CIA or Dick Cheney and his neocon buddies for 9.11.01 attacks? Why was it so easy to initially smear the Basque separatists with the Madrid train bombings?It's natural. Those people engage in sneaky violence, and sneaky violence just occurred, so of course the logic is to ascribe as much culpability as possible to known violent actors. Indeed, some factions in Spain still claim the Euskadi Ta Askatasuna (Basque Homeland and Freedom) (ETA) conspired with the Islamicists on that terrible attack. Any reputation for violence opens that vulnerable exposure.
That is lovely when it happens to us on the nonviolent side. "Oh, that labor strike is probably the work of those papist Catholic Workers and leftover United Farmworkers!" Sure, attribute away! That gives us a chance to highlight our nonviolence and explain it to others. Traducement by the authorities when we know we have the evidence and answers is a gift of a news peg on which to hang our story.

The really funny attributions are those that attempt to smear disciplined nonviolent actors and campaigns with violence. I've been called a terrorist on local TV in Minnesota and Wisconsin after engaging in a nonviolent act of dismantling a portion of a nuclear command facility. We laughed. Nonviolence gives that protection. The Serb kids paid a high price in spring of 2000 when they were called terrorists--there were beatings and arrests--but they overcame that quickly and decisively through discipline and humor.

Peeling back the veils that can conceal all the costs and benefits of our chosen methods of conflict management can help us think through the choices with greater clarity and, we hope, some wisdom.