Gene Sharp called it a self-coup.

Sharp was arguably the most influential theorist in the field of nonviolent social movement strategy of the 20th century. He and Bruce Jenkins wrote a short 72-page monograph on defeating coups d’état, that is, the seizure of power in a sudden overthrow. It could be one generalissimo tossing out another, or a military grabbing power from an elected leader.

The self-coup is a special category. It is also known as executive usurpation, the transmogrification of a democracy into a dictatorship by someone who had been duly elected but who was grabbing lifelong power and ending meaningful voting for his office. Hitler was an example, voted in and then did a self-coup. It may be argued that Ferdinand Marcos did something similar in the Philippines by getting elected and then, when it looked as though he might be defeated, declaring martial law for long periods.

The self-coup is a serious threat to democracy in the United States right now.

But preparations for the Republican domination-by-the-minority and the Trump Takeover in particular are proceeding apace. Will they succeed?

What have the Republicans been up to?

·       Gerrymandering has shifted power to the Republicans in many states so that, even though they are in an overall minority, they have a slight advantage in many Congressional districts and the gerrymandering lumps overwhelming majorities of Democrats in a few deep blue districts. Indeed, Democrats needed—and got—a supermajority in many states to elect so many to the House in 2018. The Republican-packed Supreme Court ruled that such shenanigans are Just Fine.

·       They used abjectly dirty tricks to install two far right judges into the Supreme Court, first by denying Obama any chance to nominate a potential Justice—Mitch McConnell unethically delayed hearings until Trump was elected, at which point they shoved through Neil Gorsuch—and then by tampering with the investigative process into the next appointee, Brett Kavanaugh. Court challenges are stacked for Trump when it really counts. Relying on the Supremes to save our democracy is patently ill-advised.

·       Voter suppression of demographics unlikely to vote Republican are ongoing, from the targeted removal of anyone ever incarcerated to the elimination of all registered voters who have an “improper” address—this often shuts out most or all tribal members who live on reservations that may not have “normal” street addresses, it cuts out people with no permanent address, and can also block people who move frequently. Indeed, says Georgian Stacey Abrams, 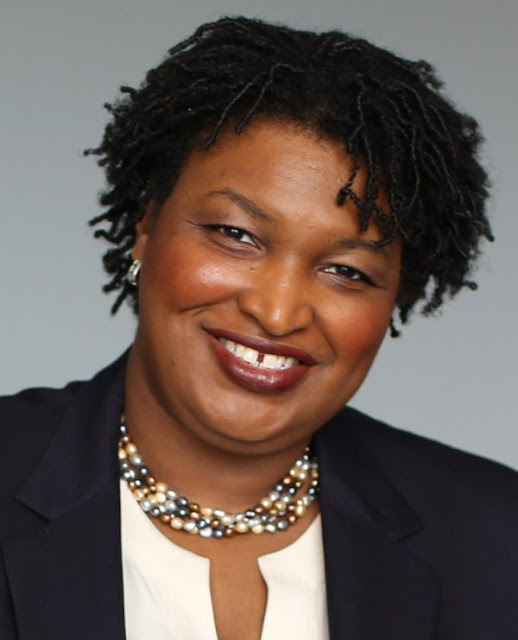 who launched Fair Fight, voter suppression in the 21st century is enormously effective and less visible; she says it “looks like administrative error.” But it is intentional.

·       In areas where voters are perceived to be unlikely to vote Republican, there are often far fewer and far more inconvenient polling sites. When voting machine glitches are added to that problem, voting becomes less and less possible for those populations, as we saw especially sharply in 2020 primaries in Iowa and Georgia.

What if all these lowdown tactics still fail to garner the election Trump doesn’t like? There is a growing fear he will refuse to leave office, conducting his version of the democracy-abrogating self-coup. At that point, what will happen?

If Trump has the loyalty of a significant portion of both the armed agents of the state—e.g., armed forces, police, Border Patrol—plus a significant number of elected officials and bureaucrats, he may start to succeed.

At that point, civil society either intervenes en masse or does not. We have been warned, frankly, and advised by Timothy Snyder on anticipating and overcoming this disastrous devolution of our democracy.

Sharp and Jenkins warn that sometimes a foreign power may have a hand in this (or, to quote Trump, “Russia! If you are listening...”).

When we look at cases in Serbia, Chile, the Philippines, and other instances of self-coup, we see the necessity of loyalty shifts or security defections. At this key moment people power either draws the loyalty of the armed agents and government officials or it does not.

In most of these cases the masses of people knew that the election was being stolen because the vote, as they knew from being there, was overwhelmingly not for the sitting ruler, and they decided not to allow it. They rose up in mass nonviolent noncoöperation and saved their democracies.

They did not rise up against the police and military, which was crucial, because if there is one way to adhere the loyalty of armed agents to the self-coup leader, it’s the resolve that forms amongst those armed agents when they are under attack. This is a key component of the success of nonviolent action in many cases, and certainly critical in stopping the self-coup.

There are many more lessons from such nefarious episodes, but bear in mind that without serious opposition this underhanded and anti-democratic attempt is historically often successful. Without robust citizen involvement, it certainly can happen here. Our democracy is already badly eroded under Trump and his confidence in his ability to grab what he wants is either met by serious nonviolent resistance or he may well pull it off.