Most of what needed to be invented to end war has been invented. Now what we need to do is to spread the knowledge of these developments and inspire even more people to join the ongoing work of changing the behavior of individuals and governments (Shifferd, 2011, p. 11).

"That was horrible. If you wanna end war 'n' stuff, you gotta sing better."
--Arlo Guthrie, comment to the audience during the live version of Alice's Restaurant 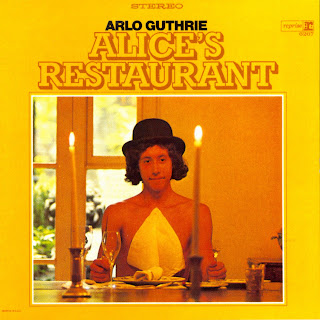 So, a minor project--end war. Impossible, you say. Necessary, I say. And it takes practice, as we see Through the Looking Glass: 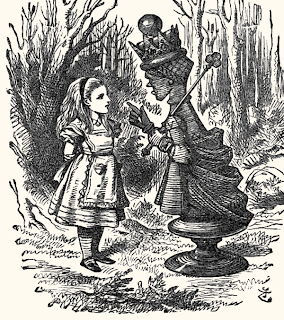 Alice laughed, "There's no use trying," she said, "one can't believe impossible things."

"I daresay you haven't had much practice," said the Queen. "When I was your age, I always did it for half-an-hour a day. Why, sometimes I've believed as many as six impossible things before breakfast." 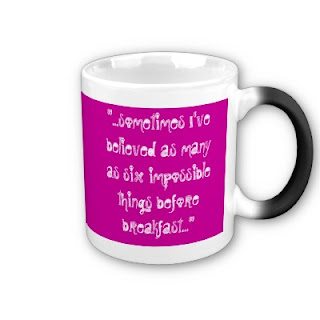 Kurt Vonnegut noted once that after Slaughterhouse Five came out he was standing in the punchline, so to speak, at a party, and another in line asked if the novel was an antiwar book. Yes, said Vonnegut. Why don't you write an anti-glacier book? asked the man, obviously pronouncing that being antiwar was as practical as being anti-glacier.

So, we ask, how do we transform believing impossible things to achieving impossible things? Try this six-point program and get back to me in 20 years:
1. Establish peace, nonviolence, and conflict resolution education in all schools from K-graduate school.
2. Fund ever-increasing numbers of training programs for citizens who wish to be part of a multinational nonviolent de-escalation force that operates in conflict zones.
3. Shift funding from military intelligence to civil society conflict intelligence and turn that knowledge into ongoing Societal Conflict Early Warning Reports.
4. Ban all weapons of mass destruction and use powerful economic sanctions to enforce the ban, enabled by UN inspection teams that have access to all nations.
5. Deny the shifting of costs from corporations and consumers to taxpayers and otherwise pass laws that mandate internalizing all costs, so that the US military, for example, can no longer be the security service for Exxon and other huge profitmaking ventures.
6. Develop a coalition of political, religious, labor, business, academic and environmental organizations that put increasing nonviolent muscle behind these sorts of initiatives in the US and in all other countries.

See? Six very possible and very difficult and very long-term things before the war system has us for breakfast. If we start seriously today, this could take up to 20 years, but since the war system has been developing for the past several thousand years, that seems fairly quick, now doesn't it? Fund it by pilfering from the war budgets in small amounts (to them), just a few $billion at a time...soon they will find it hard to justify most of their budgets and--voila!--we are on the road to economic recovery and environmental sustainability.

References
Shifferd, Kent D. (2011). From war to peace: A guide to the next hundred years. Jefferson, NC: McFarland.
Posted by Tom H. Hastings at 5:59 PM

The 'stuff' of revolution that ends war: http://www.energon.org.uk

You might be interested in the Voice of Humanity project -- see intermix.org. The core idea is to elect messages from humanity. -- Roger Eaton
rogerweaton@gmail.com

I like what you have written. I believe the institution of war is obsolete. Nuclear war, conventional war, just war, holy war, all war.

I publish a newsletter, LoveShift Morning Mail. You can access the back issues at Back Issues The two latest issues, #031 and #032, deal with war. Check it out...

One thing is certain: In the absence of a radical shift in thinking, our planet will eventually spit us out and give this beautiful place back to the ants, fishes and flowers.