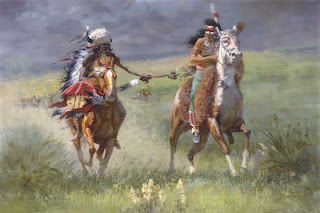 Historians tell us that humans began to transit out of the hunter-gatherer stage of development approximately 11,000 years ago in the Tigris-Euphrates valley, as humans learned first agriculture, then stored grain, then walled cities to protect the stored grain and those with some centralized wealth and power. Standing armies to raid and to defend are said to be a result of this “progress.”

A provocative question: If the evolution of Native Americans hadn’t been interrupted by the invasion of Europeans, would they have developed a civilization without armies and maybe even violent conflict, skipping that step (or misstep) in societal evolution? This is a legitimate question, since Native Americans had been innovating with practices such as counting coup, which is a variant of playing tag—only very dangerous when your opponent is violent. “The greatest coup of all was to ride up to an enemy, merely touch him with a weapon, and ride away unharmed. This kind of hit-and-run warfare required a mount as well-trained and quick-witted as his rider,” wrote anthropologist Virginia Peters. (Peters: 94) 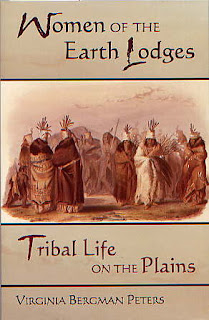 If the truest, most honorable warriors were willing to risk their lives to count coup on an opponent without intention of harming that opponent, we can only marvel at the nonviolent psychology and wonder where it might have gone.


And make no mistake, Native Americans were quite diverse in their conflict management models and decisions vis-à-vis the invaders. Read the classic first chapter in historian Howard Zinn’s groundbreaking A People’s History of the United States, titled “Columbus, the Indians, and Human Progress.” The “Arawaks ran to greet them, brought them food, water, gifts,” according to Columbus’s own journal. (Zinn: 1) 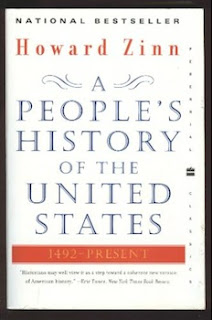 His use of some of the passages from journals of the participants is illuminating; the Arawaks were friendly, loving, trusting, vulnerable people, peaceful and generous. Evidently, contact amongst the tribes pre-European invasion must have been peaceful enough to warrant a general attitude of open, welcoming invitation. Indeed, one might logically conclude from this evidence and other histories (as some have), that Native Americans are more likely to develop nonviolent conflict management competencies than are descendants of Europeans. Studying the history of the invaders makes that conclusion a bit more plausible and it bears no relationship on faulty essentializing, but rather on observed and compared cultural practices. As Columbus and his followers abused that trust by enslaving, killing, displacing and robbing Native Americans, that relationship grew more and more tragic.