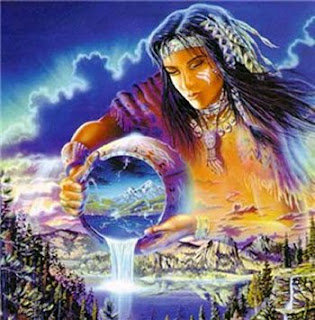 When Europeans came to the western hemisphere, they received a warm welcome, which they abused. More Euros came, and more.

Certainly, the numbers and tactics of the invading force changed all that initial friendliness, though the diversity in reaction persisted. By 1862, all but the most desperate or enraged could see the writing: there were approximately 31,000,000 whites and just 300,000 Native Americans. (Hastings: 3) No one can fight violently against 100:1 odds, especially with such an arsenal asymmetry amplifying the numerical tilt.

Some tribes fought at the time and still suffer; some negotiated a chance to live and fight in other ways on other days. Some, like the Yaqui from Sonora, 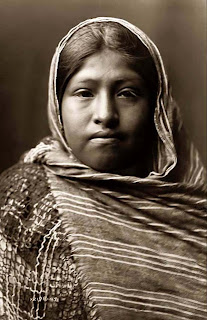 fought the Mexican government and fled to the US, where they were not prosecuted, nor were they deported, in a rare instance of justice. (Spicer: xv)

The diversity of those stories can tell us much. The nostalgia for the gentle spirit of pre-contact Native cultures lives on in many who evoke that spirit as our dominant cultures tentatively explore the possibilities of nonviolence. Like Words in the Wind of the Wampanoag Nation, who opened a Fellowship of Reconciliation event with her poetry evoking compassionate and tender tribal practices, the collective memory of some stands in contrast to the collective memory of a warrior culture. The warrior image is wilder and more exciting, but the calm and caring Native American is just as justifiable an image in the mindseye of those who try to remember the greatness of the tribes. 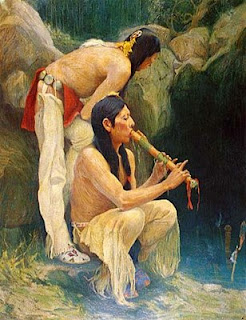 Since the evolutionary experiment of Native Americans was disastrously interrupted, and since postmodernist thought can lead us to appreciate cultures that seemed to be on paths that might be ultimately sustainable and superior to the technoWest, we do well to look again at Native wisdom. (Griffen: xi)

It was there; it’s been stereotyped and generally disregarded and it will serve humanity well if it regains its richness and carries on its experiments. Stories are not always told with good intentions; our mass media often remind the critical listener and careful reader of the Iktomi stories, the Lakota tales of the spider, including the Iktomi’s own use of stories to the ants. “He told them a story--pretty soon they went to sleep so he ate them up.” (Penman: 107) Indeed, our mass media is a kind of spider telling us the stories that put our best sides asleep so the spider can gobble us up. It happened in the US as Native peoples were demonized and war on them was justified. This has happened to justify every war the US has fought, starting even before there was a US, in colonial America, and it has continued to this day.

The challenge to the peace scholar is to apply the theories of nonviolence from many sources to the various practices of Native American conflict management. Indeed, I'd like to offer a provocative opening statement that, I hope, challenges better and more thorough researchers to deeply and thoroughly examine this question. When warrior cultures do not make war, but transform to peaceful methods, they bring a new power to conflict.

I offer the core thesis—that Native Americans often practiced and still practice excellent nonviolent conflict management but have been not much credited with that practice, by mainstream culture or even by themselves. When we learn that the strength of the warrior can be transferred into nonviolent struggle, we open many doors for many individuals and even national groups. That would be a good thing.

Email ThisBlogThis!Share to TwitterShare to FacebookShare to Pinterest
Labels: Native nonviolence, Words in the Wind, Yaqui