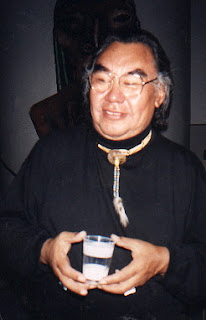 Larry Cloud Morgan—Whitefeather of the Ojibwe—was the one person I have known in my life who was obviously a Holy Man. I may have met others—and everyone is sacred—but Whitefeather was so very clearly a man of Holy nature.
Walter Bresette— 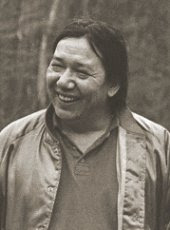 a fearless Anishinabe warrior coming into nonviolent leadership—and I continued a dialog about nonviolence and the warrior way for the final 12 years of his life, a dialog we continue in my heart. Walter and Whitefeather are the two about whom I feel as Philip Noel-Baker, the European diplomat, did about Gandhi when he said, in February 1948 eulogy, His greatest accomplishments are yet to come.
I still miss Walter and Whitefeather every day and this is an homage to them and other Native practitioners of an evolved nonviolent warrior way. Bea Swanson, also crossed over, was another Minneapolis-based Anishinabe activist who brought her Native presence and small hand drum to many peace demonstrations, giving her spirit and imprimatur to the work of the peace movement in the northern Heartland. Those Native women and men, acting inside a peace movement but clearly motivated by their own traditions, raise questions about the complexity and nature of cultures so thoroughly branded as warlike.
My own people, as a Scot-American, are not many generations removed from the indigenous blue-painted people who fought Romans, Vikings and the British. We are fed from our roots and the roots of others can create new paths for all of us. Like Pai, the young indigenous Maori girl in the beautifully inspiring movie Whale Rider, 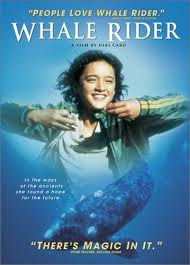 we can honor traditions even as we improve on them. Like real-life Kenyan Wangari Maathai—founder of the Green Belt movement and recipient of the 2004 Nobel Peace Prize—we can change the nature of indigenous leadership and image to bold and peaceful, nurturing and connected, rather than the fear-induced image of the Mau-Mau wielding a machete.
This leadership model—indigenous and nongovernmental, peaceful and modest—is a paradigmatic shift from the old top-down man who negotiates peace with a military stick in one hand. (French: 172) Nonviolence is the next Big Step for humanity and Native Americans have already written many chapters in the instruction manual.
As Jerry Mander reminds mainstream Americans, the issues of Native Americans are not ancient history; the worst massacres on them were perpetrated when my great-grandparents were young adults. (Mander: 132) Like the great racehorse Seabiscuit, the tribes have been grievously injured—but do not ever count them out. We owe them unremittable debts, and we have much to learn from how they used to do things and how they comport themselves today.
References