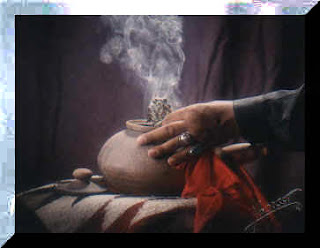 Larry Cloud Morgan was in the next room, I knew, under the physical control of the bailiffs in the federal court in Kansas City. He and the other three members of his trial group—calling themselves the Silo Pruning Hooks—would be coming into court shortly after more than three months in lockdown. I wore my ribbon shirt that day, in honor of Larry, a man raised on two reservations in northern Minnesota, Leech Lake and Cass Lake.

Finally, Helen Dery Woodson entered, smiling at all of us in the spectator sections. Then the priests, brothers Carl and Paul Kabat, both Oblates. At last Larry came in, his blanket draped over his shoulders. He paused, great round Buddha face looking out at us serenely. He spotted me, red ribbon shirt blazing to him, and he broke into a mirthful big smile and bowed directly to me. This was a man who, with his debilitating diabetes, had already been a terrible county jail for more than three months and who was facing a rigorous punishing trial that would likely end in a guilty verdict and the charges against him totaled a possible 25 years in prison. Only a bodhisattva could remain so floatingly calm and even happy under such circumstances. Larry qualified. I’ve never met a more powerful nonviolent warrior. 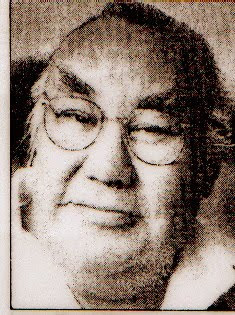 This is a gentle, prayerful, Native American who took a sledgehammer to a thermonuclear missile silo in the name of removing those instruments of fire from Our Sacred Mother the Earth. I use the present tense when I think and write of Larry, though he moved on the early summer of 1999, because he is ever-present. He is with us. He is one of those rare humans whose mystical yet very real connections to a powerful nonviolent spirituality challenges us to learn more about its roots.
North American history offers tantalizing examples of men and women like Larry, warriors who, using peaceful methods, seek justice, offer sacrificial protection, and remain above revenge and retaliation. 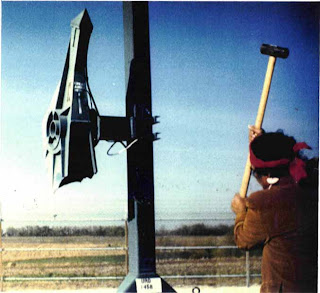 History is even more full of the stuff of human kindness, common decency and general gentleness offered by Native Americans to each other and to whites, but this excellent behavior is often ignored in favor of those who rose in bloody rebellion against US-Euro usurpers. "If it bleeds it leads" is the journalist’s motto and, sad to say, often the unwritten rule for the historian. We need an alternative examination of even a handful of these indigenous leaders and their tribespeople who can teach us how to survive our self-inflicted war system. Even in death, these nonviolent Native warriors offer us greater lessons than all the militaries of the world combined. Looking back at their struggles can afford us a glimpse into a possible future of hope, an evolved way to make conflict into a great creative force instead of the destructive disaster it has become under the Euro-US paradigm.

Greetings in the Spirit Great and all that shall flower, come spring. "I am free," "So Free." This soul of Native soil is finally free. We are the Children. We are the Old Ones. The gates of Auschwitz and Dachau are one with the gates of Silo N-5. We are the welders who collected their lucre at the expense of 6 million souls. We are the Chaplains, who pray for the pilots of Nation Death, as they bless the Bomb. As the engines roar, and the blinding mushrooms of infamy inscribe in the heart of history forever, that moan and cry of - Water! Water! We are Hiroshima. We are Nagasaki. . . We are El Salvador. We are Nicaragua. We are Guatemala. We are Oscar Romero, Maura, Ita, Doroihy, and Jean. We are N-5. We are tried. They say we are guilty. But we are Free! Free! Free to seek and live the Truth which guides this journey called Peace. They think they own our land. They try to own our lives. They believe they own our soil. But they shall never own our soul! We are peace. My gratitude, my heart, my hope, is yours this day.

Whitefeather of the Ojibway, Larry Cloud-Morgan