It's just their nature 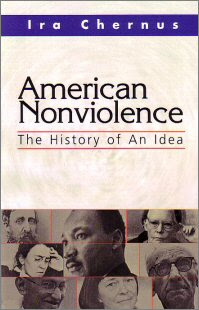 Even before there was a United States, the Quaker reformers bequeathed to the nation-to-be a rich legacy of thinking about nonviolence (Chernus, 2004, p. 25).

Yes, Gandhi was the guru, Gandhi was the guy, Gandhi got game. He discovered that principled nonviolence--the kind of nonviolence that wells up from religious, spiritual, moral and ethical thinking and feeling--can also be used to conduct strategic campaigns designed to win. He struggled through his process, which itself was overlaid and shot throughout with his own cultural tilt. He is one of three primary reasons that many Westerners believe Hindus are more naturally peaceful and nonviolent than others from other traditions.
Reason two: the sacred cows. We in the West see images of cows wandering unmolested and uneaten all over India, including places that feature hungry children and we are stumped. We believe that people this holy, this committed to peace and nonviolence, must just be culturally wired for it, since our culture is such a McFatty Hamburger Helpless slaughterhouse. Those Hindus--they let cows live and eat even if they themselves are starving. They must all be holy.
Reason three: a general Western intellectual bafflement about the East. We mentally wander through a kind of bewilderness when we think of those inscrutable swamis and gurus who can get their people to sacrifice lives, sleep on spikes and stroll on coals. Obviously, these are not exactly humans--they are spiritual beings who would rather fall off cliffs than run over a cockroach.
As with most "facts," there are kernels of truth that are extrapolated into generalized notions that then gain Conventional Wisdom or Received Truth status. And we all engage in our own logic that feeds our wisdom and truth into the questions of the day, arriving at clear and unbiased conclusions, as far as we are concerned--even when the assumptions are drastically biased and even backward sometimes.
Indeed, one of my best students is Hindu and she just laughs at our assumptions about her and other Hindus. She knows that we are all just folks, petty and heroic, selfish and altruistic, hateful and loving, stingy and generous, smart and stupid, violent and nonviolent. She does not deny culture, but notes the underlying identical humanity across cultures, languages, skin colors and countries of origin. "Oh, yes," she'll say with a twinkle, "we Hindus are soooooo peaceful." Then she'll note the bicommunal violence in India, the Indian nuclear weapons, and just shake her head.
Our militaristic US does indeed have a rich history of nonviolence that influenced Gandhi, as Chernus documents, and others preceded him in this assertion, including George Lakey, who wrote about it from his Philadelphia Quaker movement roots and who was then cited in the magisterial Lynd and Lynd history, Nonviolence in America. 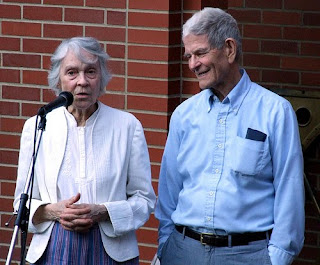 Gandhi read Western philosophers and found himself very good friends with many Quakers, discovering their common roots of compassion and empathy and connecting to the notion of religious witness for nonviolence, even as Gandhi taught them to think strategically instead of solely about conscience. This cross-fertilization has helped us all progress together as we think about culture and conflict management methods.
In the end, all of us can learn to override cultural cues and even personal trauma prompts toward destructive conflict management. For some of us, this means unlearning quite a bit. For others who were gifted with calmer natures as individuals or who are from cultures that tend to honor peacemakers more than warmakers, the unlearning is not so monumental. But war and peace are both in our nature as humans and we can choose which one to feed, which style to learn more about, and in which domain to train. We choose this as individuals and we choose it politically and we choose it culturally. Humanity is quite capable of decisionmaking, even though it's not always simple or easy. Facing that responsibility is our first and last distinctively human characteristic, and our real nature.