For those of us who advocate nonviolence, we get pushback all the time, which comes from a variety of sources.


Ironically, I get less pushback from many military vets, especially those who have seen combat. Most of the romance of violence is gone for them. They are much more likely to support a violent defense of the country and less excited about supporting foreign adventures. For decades I've suspected much of the pushback I get is from those outside the four groups listed above, people who might actually see that nonviolence has worked perfectly but are too afraid to step up so they instead construct rationalizations for their disavowal of nonviolence. Hey--it does take work and it can be risky. Some folks like the self-justified mask over indolence or cowardice. My challenge to them is that I have a long history of effective nonviolent activism and I am the most indolent and cowardly dude ever!

So how tricky is this? Gene Sharp wrote:


Nonviolent struggle does not require acceptance of a new political doctrine or of a new moral or religious belief. In political terms, nonviolent action is based on a very simple insight: people do not always do what they are told to do, and sometimes they do things that they have been forbidden to do. Subjects may disobey laws they reject. Workers may halt work, which may paralyze the economy. The bureaucracy may refuse to carry out instructions. Soldiers and police may become lax in inflicting repression or even mutiny. When all these events happen simultaneously, the power of the rulers weakens and can dissolve.

So we can see that society has constituencies worthy of focus. First, however, do no harm. Be certain the general image of your campaign is sympathetic and non-alienating. That needs to be maintained or much of the other work will falter. Recruitment generally involves three major steps:

1. Gaining sympathy
Understand what your constituencies want that you can frame so they will understand that this is what you want. Point to those who are suffering and can elicit the most sympathy. Be completely nonviolent so you don't commit infractions that lose sympathy, and carry it to the level that avoids both rage and whining.

2. Gaining support
Note what is needed. Get sympathetic people to ask for you. Can you find some moral leader or well loved celebrity or other person of status to announce her support and urge others to do so as well? Money, in-kind, letters to decision-makers, and other support roles are critical.

3. Gaining participation
Encourage those who have taken the first two steps to consider taking action with you. Stay at home for a day. Stop buying something in particular. Show up at a demonstration. Hand out flyers. Carry petitions and get signatures. Testify at a public hearing. Even carry a sign or risk arrest.

When a movement achieves the state that Gene Sharp describes, it wins. 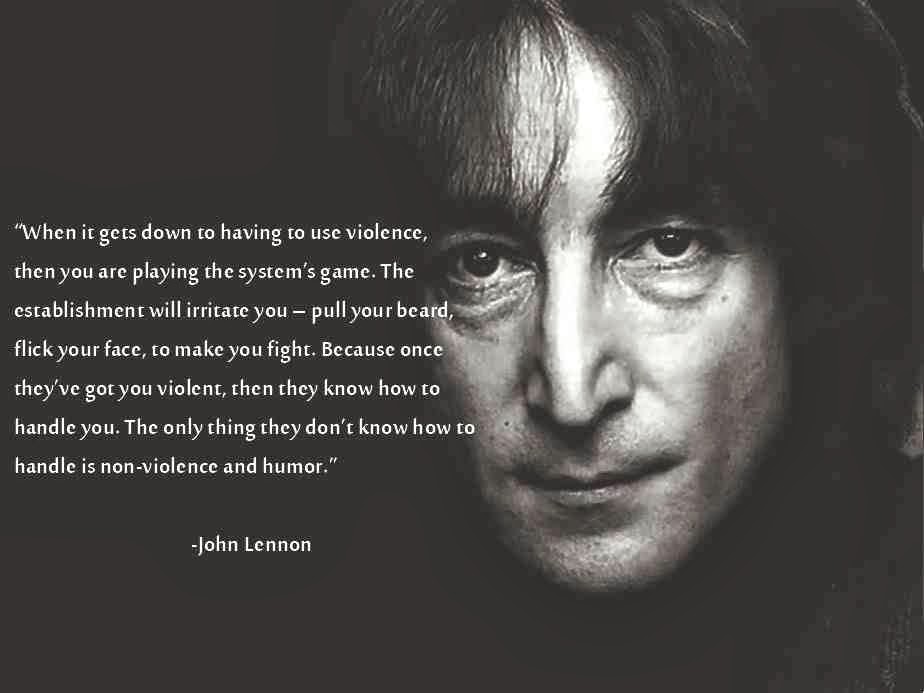 It may not win in a day, but neither does blood-in-the-streets violence. Open minds grasp this and most people have more open minds than we know. If they aren't open, work on prying them. Expect that pushback and try to be patient. Americans in particular are in a general state of deep denial about nonviolence, which is to be expected, after all, from people whose government has the biggest empire of military bases the world has seen, the largest military budget in the world by far, and the biggest movie industry cranking out box office smashes that portray radically unrealistic violence. So promoting nonviolence is an uphill struggle and worth every step and push.