In his studies of the 'Lucifer Effect,' Philip Zimbardo finds that anonymity is a concomitant to evil. In other words, if we feel anonymous, we more easily access our inner devil and can feel more disinhibited in our conduct, more likely to engage in evil behavior.


There are two essential conditions for a backfire. First, something occurs that some people think is unjust, unfair, disproportionate, disgusting, disquieting, or upsetting...The second essential condition for backfire is communication to receptive audiences. This can be by directly witnessing the event or via reports, photos, and the like.
--Brian Martin, 2007, pp. 205-206

When riot geared-up police beat down nonviolent, peaceful protesters, that is often communicated to a public that becomes upset and supportive of the protesters. The face masks and thickly protective padded riot uniforms elicit the pejorative "robocops."

When resisters in Guy Fawkes or V for Vendetta Anonymous masks, or face-covering bandanas run through protests and fling a few rocks or bottles at the cops, that is also often communicated to a public that then becomes upset.

So the link between disinhibited behavior that can be regarded as evil and the backfire effect that erodes public support are linked and apply equally to everyone. This is usually lost on protesters who are so convinced of their correctness that they believe anything is justified. Those are the ones who usually descry nonviolence as a waste at best and in service of the state at worst. They can corrode all public sympathy for a movement and retard forward progress until they are dealt with.

Even if the movement has successes with this radical flank, that anonymity-driven evil will interfere with gains. 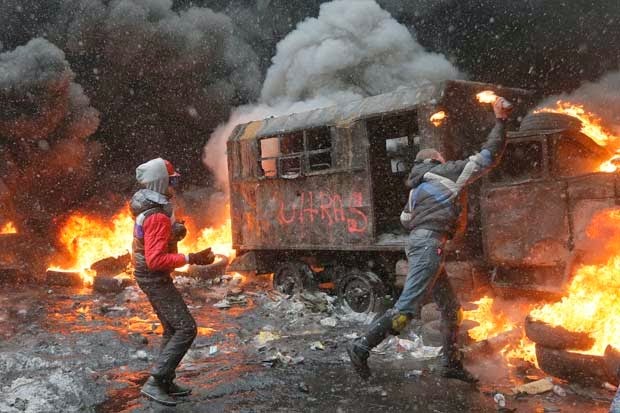 We see that right now in Ukraine, with the violent fascists smearing the reputation of the vast majority of nonviolent activists. Russia has an excuse to pull a promised fiscal bailout as a result and the general hue and cry is that the violent fascists proves the backing of the US and EU, clearly a plot hatched by the West. This takes away the idea of agency of the people of Ukraine, but it's a handy conspiracy idea for those who love those sorts of conspiracies. Thanks, rightwing fascists!

There is no substitute for accountability and transparency. Open identification helps all movements to establish movement identification as nonviolent and noncombatant, something to support, or at least protect. Why would we toss that advantage away?