Nonviolence is nice, right, but when does it work? Right--when it's practiced on a mass scale, as Gandhi mentioned to Dr. Channing Tobias and Dr. Benjamin Mays, two African-Americans who traveled to India to meet Gandhi in 1937 (Ackerman & DuVall, p. 306).

Americans and others were always traveling to India to meet Gandhi and he helped them think about his new way to change policy from the bottom-up. Gandhi met with African-Americans, Quakers, and leaders of women's rights movements from the US, as well as other pilgrims from other countries. He was the wellspring, the innovator, the originator of systematized strategic nonviolence, although he was quick to note that everything he was doing was in the spirit of experiment.

When we think of the American Civil Rights movement, we think Martin Luther King, Jr. Maybe we also think Rosa Parks, possibly James Lawson, Bernard Lafayette, Diane Nash, John Lewis, and a few others if we have studied it at all. Most are unaware of the Mays role. If you are a teacher, Mays is your role model.

Mays, born in South Carolina in 1894, grew up battling to get educated, even against his own father's wishes (Powers, 2013). He scuffled and picked up degrees in the South, in Maine, and in Chicago, and became a professor, including a stint at Howard University--where he was when he visited Gandhi--and eventually became president of Morehouse College for more than a quarter century, from 1940-1967, nurturing two generations of those who would lead the nascent Civil Rights movement. He urged them on, challenged them, and steered them toward the knowledge he felt would best attack racial segregation laws and other social injustices. Martin Luther King, Jr. was a star pupil. Arguably, Dr. Benjamin Mays is the most influential teacher to the most influential movement for social change in the history of the US. 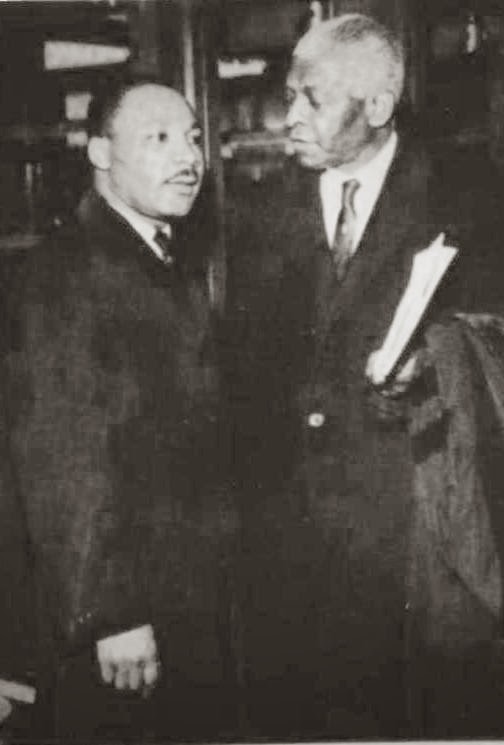 What a light to aspire toward.