Staring into the water at the bottom of the cliff: When to dive

You know what the problems are, right? You know various organizations are struggling to solve them. Your organization is addressing some grievance and wants a policy change. You've tried an appeal to the decision-makers. You've done a great deal of public education on the issue. You have lobbied in the halls of those who make the decisions. You are doing as much media outreach as you can.

But it all seems stalled. At what point do you consider direct action, possibly nonviolent resistance?

This is a tough calculation for groups that really do want to win and not merely go on record as being fashionably radical. Seriously. What happens when the decision-makers make a move against you? Do you think the law enforcement system is going to go easy? Are young people going to destroy their lives by getting involved?

These were thorny issues in 1959, when Reverend James Lawson was trying to initiate some interest in applying Gandhian nonviolence to the problem of Jim Crow segregation in the American South, and in particular in Nashville, Tennessee. He saw clearly from his own training in India and from his analysis of the locus of power and latent power in society that "Nonviolent action was more than a technique of social action for Lawson; it was a means of tapping more fundamental sources of power" (Ackerman & DuVall, 2000, p. 314).

In other words, there are times when, to the conflict forensics analyst like Lawson, the potential power of civil society might be much more available than at other times, and he had calculated that this was one of those times. Perhaps in another atmosphere and set of social conditions he might not have urged people to consider organizing to take risks--certainly the parents of black college kids in Nashville were not happy to learn that their child had been arrested by a Southern police force and thrown in jail. They had worked all their lives to provide this opportunity for their child to do much better than they had been able to do in racist America--and it looked to them as though this upstart movement might rob their child of a future. Indeed, there was great logical fear for the very physical safety of these youth, not to mention the danger of being tossed out of college, getting poor marks on a transcript, and getting a police record. Black kids already started from a profoundly disadvantaged position.

But Lawson persisted and others joined him. And they won. The result was that the disadvantages diminished, giving the black students a new starting point a bit closer to equal opportunity. Lawson had analyzed the potential correctly and had set in motion a series of struggles that changed history. 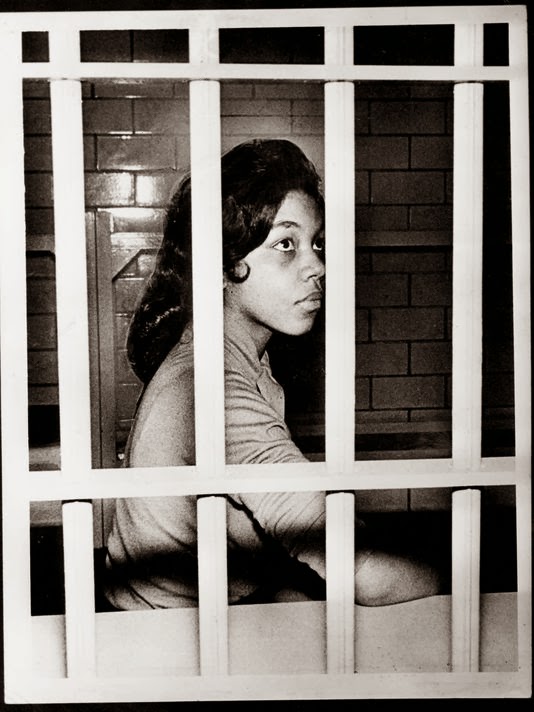 Jean Wynona Fleming, a Fisk University student, sits in a Nashville, Tenn. city jail cell on March 25, 1960, after her arrest at a downtown Moon-McGrath drugstore lunch counter. Blacks swarmed into the downtown area and resumed their protests against segregated eating facilities with sit-in demonstrations at nine restaurants.

These are not easy factors to understand as you contemplate taking the step of nonviolent civil resistance. The consequences can be rough. Some factors to consider might include but not be limited to:


No one can predict it all, and the chain of effects of one small act of resistance can lead to a change (or no change) in the strength of any of these characteristics. So what Gandhi did, and what Lawson did, was to methodically assess, think hard, and then make a move or not. Making your decisions using a strong sieve of many assessed factors will give you extra resolve and resilience in your struggle. We see that when it's done right and we see the downside when it's done without much forethought. Anger is a good motivator and a lousy strategic planning shortcut. Controlled anger is useful and it can be harnessed and used to pull many forward with you toward victory. Jumping off that cliff without knowing how deep the water is, how far down it is, and where the rocks are is a poor program; learn as much as possible, test it hypothetically and decide when the dive will be as clean and successful as possible.