Remaining relevant over the decades

James Lawson was a Conscientious Objector in the Korean war--unofficially. He could have had a ministerial deferment or official CO exemption, but officially Lawson was a draft resister and went to prison for his nonviolence (Ackerman &  DuVall, 2000). Even earlier than that, he had done actions confronting segregation as young as his high school years. All this peace and justice activity made him the older veteran activist when the actual Civil Rights era rolled around. He became the nonviolent trainer to a movement, whipping the nonviolent shock troops into fighting shape-- for a Gandhian sort of cage match pitting the fierce racists of the South in the early 1960s against his highly trained young army of activists determined to break the back of Jim Crow racial segregation. His methods were vastly superior--the kids won.

James Lawson is still active. He is still engaged in intelligent analysis, noting at the 40th anniversary gathering of the veterans of the Student Nonviolent Coordinating Committee that the job of dismantling racism was far from finished (Zengerle, 2000). Most young black activists and their allies would concur. 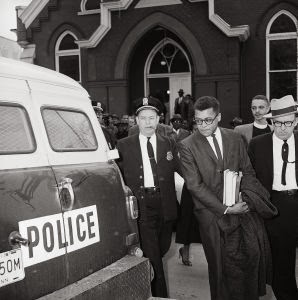 Lawson also calls for an end to US militarism as a globalized power-projecting force. At the annual institute named for him--the James Lawson Institute, first held in the summer of 2013 in Nashville--he rose to offer that analysis and that challenge to those who practice nonviolence.

Much of the most directly usable conceptual advice from the Civil Rights movement to today's youth activists comes in succinct form from Lawson who was, after all, the primary initial nonviolence trainer for the Sit-In movement in 1960 and was one of the architects of the various successful movements that gave us the Civil Rights Act of 1964 and the Voting Rights Act of 1965. Lawson is spot-on in many of his most salient points to activists, including but not limited to these lessons learned then and still key:


Will young activists listen to Lawson? If they do, and with the new tools they command (e.g. social media and other tech advantages) coupled with the research that now undergirds nonviolence more than ever, the next generation will show us some major progress toward peace, justice, and environmental protection. If they dismiss him as just another white-haired activist from back in the day, they will have a much steeper climb to much smaller victories and much more loss to discourage them.