And the wars drone on... 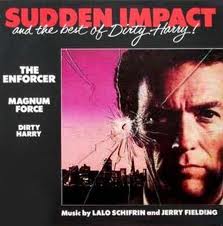 A bank robber runs out of a bank and into a crowded city sidewalk. Police pull up in front of the bank, get out, and fire an RPG at the fleeing bank robber, killing him and a dozen others. Hey, a cop's gotta do what a cop's gotta do, right? Got the bad guy, the chief will apologize for the innocent deaths, though some may have been accomplices too.

Which American city would tolerate a police force like this?

Or how about a scenario in which another country sent robotic aerial drones flying over parts of the US and periodically launched missiles at gang leaders who were smuggling narcotics and engaging in violence? As China ramps up its technology and moves into more economies, it may need to do that in order to control threats to its investments. They might miss once in a while and wipe out a wedding or a group of teenagers playing a game that their drones misinterpreted, but after all, they are entitled to protect all the debt that they are owed by Americans, aren't they? They own so many US government bonds that it is in their legitimate national interest. How would that 'fly' for us? 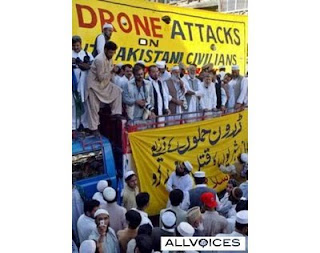 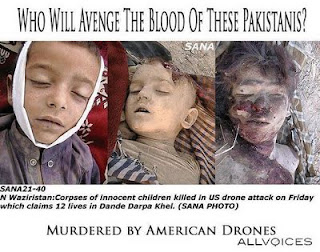 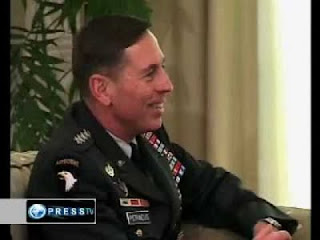 I think most rational Americans would be outraged by either occurrence. And yet we tolerate our drones launching missiles in other people's lands, killing some insurgents and anyone else who gets in the way, or accidentally wiping out a village celebration or youth who are out gathering wood or water for their families.

It is time to end our militarized interference in other people's lands and to let them run their own affairs. We are not the boss of them. We cannot win hearts and minds by killing children. Very very few American military members want to kill other people's children but the structure of the war system makes it inevitable.

And so, it is time to dismantle that war system. That will be a big job. It will take all of us.
Posted by Tom H. Hastings at 7:28 AM