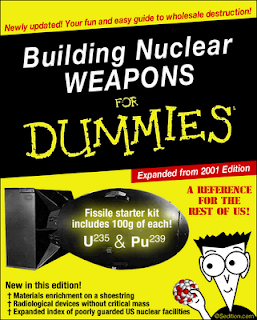 “Nuclear weapons are not the causes of conflict, they are symptoms of a threat environment already predisposed to war” (p. 63).
--Erica Chenoweth and Maria J. Stephan
As Dr. King pointed out, most of us are self-centered. We take everything personally. In the extreme, we label someone delusional if they believe President Obama's speech was made in reference to them. But what about when entire nations are delusional?
Einstein and others freaked out because they feared Germany would develop an atomic weapon. They convinced Roosevelt to start the Manhattan Project and we got our nuke--which we then used after Germany had surrendered. On Japan.
Which made the Soviets nervous, since the Cold War was immediately on, so they developed a nuke in response to our nuke which we had developed in response to a nonexistent nuke of Germany's.
Which alarmed China (not to mention Britain and France), since they had ceased to be commie buddies with the Soviets, so they invented and tested a nuke in response to the Soviets who had built theirs in response to the US who had made theirs reacting to Germany, who has never had one.
That got Nehru's knickers in a twist, since he had declared war on China in 1962 over a sliver of the Himalayas where no one lived, so India produced The Bomb in response to China who hadn't been thinking of India at all when they made theirs as a foil to the Soviets who had not contemplated China at all while constructing their nuke to counter America's who didn't develop theirs thinking of the Soviets but to beat the Germans to it, who were never actually seriously in the running.
Well, that fried General Zia's hash because of Kashmir and other reasons to hate India, so he said the Paks would have their nuke even if the people had to eat grass (of course he never had to, personally speaking, which is the norm for great military leaders), even though India had produced their Bomb in response to China, who had produced theirs in response to the Soviets, who had produced theirs in response to the US, who had built theirs to defeat the Germans, who gave up on all this early. 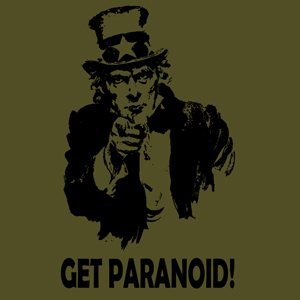 Perhaps the only ones who have nukes based on logic, however tautological, are the North Koreans, who have annoyed almost everyone and so are paranoid because no one likes them because they are paranoid. And the ultimate irony there is that they point at least some of their nukes toward the only people who have been attacked with them so far, the Japanese, who have never tried to develop these immoral, illegal, unsoldierly godawful things.
Sigh. And so it goes. Like a rumor mill that cranks out unnecessary conflict and costs, we've done this writ large with nukes. Will our species make it out of our troubled teenage years? Only if we mature quickly enough to avoid the ultimate self-inflicted wounds such as nuclear arsenals.
References
Chenoweth, Erica, & Stephan, Maria J. (2011). Why civil resistance works: The strategic logic of nonviolent conflict. New York, NY: Columbia University Press.
Posted by Tom H. Hastings at 3:37 AM