Outside our comfort zone 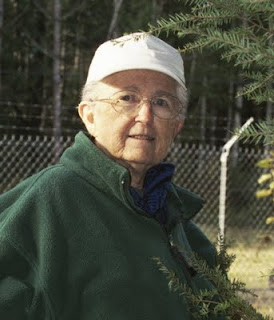 We gathered at the Ground Zero Center for Nonviolent Action for a memorial for Sr. Jackie Hudson, OP, a Dominican nun who was part of a group of radical nuns I worked with to fight nuclear weapons back in the Upper Great Lakes. She, along with Sr. Ardeth Platte, Sr. Carol Gilbert, Sr. Liz Walters, Fr. Peter Dougherty (who appeared in Michael Moore's Captialism: A love story), and many others, were a whirlwind of anti nuclear activity in the 1980s.

I met many of them as we pulled survey stakes in Michigan's Upper Peninsula along a 56-mile set of corridors that went through portions of four state forests. The US thermonuclear navy was building an-F-shaped line to install an Extremely Low Frequency antenna array that linked to an older command facility in Wisconsin. The nuns were in on that resistance and they also did many acts of nonviolent resistance at Williams International--makers of the Cruise missile engines--KI Sawyer AFB and Wurtsmith AFB, all in Michigan.

Basically, the nuns and others shut down all the facilities they resisted. Some stayed in Michigan and continued excellent work with the Michigan Peace Team. Ardeth and Carol went to Jonah House in Baltimore to resist the Pentagon directly. Jackie went west to Bremerton and began direct resistance to Trident thermonuclear submarines and continued her resistance to nukes anywhere, joining with her reSisters Ardeth and Carol in the 2002 Sacred Earth and Space Plowshares action. She died basically on hospice arrest after gross mistreatment at a jail in Tennessee for her witness at another nuclear facility.

What is the purpose of the Plowshares witness?

It is direct disarmament, by hand, of a weapon of war.

It is symbolic disarmament, since we do not anticipate being able to complete such disarmament with just a small group, or even an individual.

It is meant to draw attention, to show that the problem is serious enough to warrant risking being shot, arrested, tried, imprisoned for years--even dying from maltreatment in those jails and prisons.

Beyond that, the effectiveness of the action depends entirely on the responses of others. That is where faith is important.

It was noted many times at the memorial that Jackie often urged others to follow her in taking a small step outside our comfort zones. Her example lives.

And in the celebration of her life, we can also refer to the rabbi: "It is not incumbent upon you to complete the work, but neither are you at liberty to desist from it." 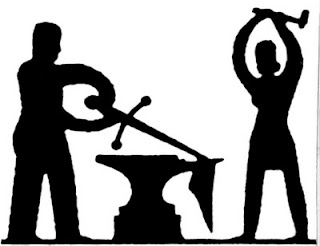 Jackie is in the wind and it is blowing gentle change.
Posted by Tom H. Hastings at 11:14 AM