Reshuffle and deal again with nonviolence 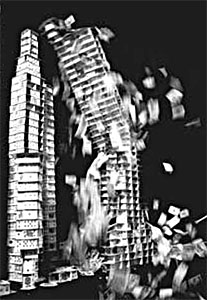 We look now at the crumbling economy and the endangered environment and we ask, so, what happened to this house of cards and how do we reverse this apparent bad fortune, get a new deal, and start solving this set of problems?

Of course the first thing that happened was to hijack the public purse and direct the fruits of the labors of the workers toward the treasure chests of the rich. We have concentrated wealth and income in the US to the point where we are effectively a third world nation, with a Gini Coefficient (which measures income inequality) about the same as Turkmenistan or Sri Lanka. We are not as grossly skewed as Sierra Leone or Bolivia, but we are heading swiftly away from the far more egalitarian and well off status of Sweden or Japan. Our Banana Republicans (with the acquiescence of the Congressional Caviar Democrats) have set us in motion toward Panama and away from Germany. The rich get richer, the middle class slumps into poverty and the poor get squalid. Heckuva job.

Marc Pilisuk (2008) is a social psychologist and emeritus professor who has written about such problems since the late 1950s. He notes, “The principle strategy has been to create a fearsome and overarching enemy in the public mind” (p. 131).

The communists and terrorists have been perfect foils, haven't they? Thanks a lot, Stalin. Way to go, Osama. These bogeymen and others have served as useful idiots for the ambitions of war profiteers for generations of gullible, credulous Americans and we are puffed up like horripilated cats all around the world, with our military draining our paychecks every day.

Our solution is clearly nonviolence. Learning to manage all conflict with nonviolent methods is the single largest challenge we face as a nation and as a world. Doing so would save our economies and our environment, the two foundational aspects of our lives anywhere on Earth.

Learning nonviolence is learning how to stop skulking in fear or posturing with belligerence. Learning to take responsibility for our own collective defense instead of hiring weaponeers to devise extravagant killing technologies and then seducing young people into the armed forces to deploy and employ these death arsenals is how we free ourselves. Let's start today. 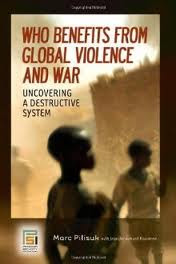