Special screening of a new film on stopping violence

I first heard about this film on Fresh Air, as host Terry Gross conducted another outstanding interview, this time of the director, Steve James, and one of the protagonists, Ameena Matthews, of a new film, The Interrupters.

I was riveted. I lived in that neighborhood, on the South Side of Chicago, when I was a young man, naively believing I could go help. I was lucky to make it out alive. That was in the heyday of Jeff Fort's rule over the Black P. Stone Rangers. He is now in the supermax federal unit at Florence, Colorado. Ameena Matthews is his daughter. She was formerly "in the life," as an enforcer in the gang. "I ran with the big dogs," she notes. 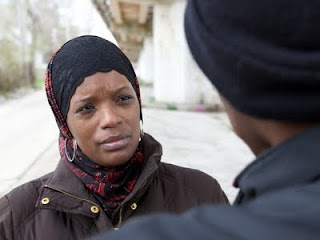 Now she and others stop the violence. They mediate, they interpose, they confront and they often succeed.  They know no fear. 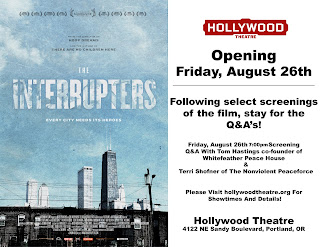 Come see the film on Friday, August 26, at the Hollywood Theater at 7 p.m. We will discuss the film after.
Posted by Tom H. Hastings at 6:40 PM