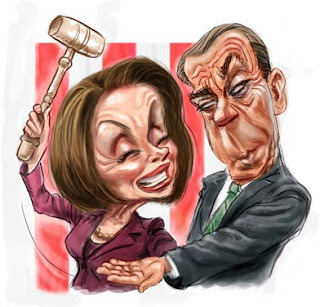 John Boehner pries the gavel from her cold, dead...no, but he will be now the one with his mitts back on that power that Nancy Pelosi has wielded since 4 January 2007, placing him again two heartbeats away from the presidency and in a position to enact what his Tea Party buddies expect of him.

It is all reminiscent of the Reagan Revolution, when the Rs were going to pare down government, but what they meant was marrow-cutting on the human services side and fattening the military side so obscenely that 150 years of American savings were wiped out. David Stockman, Reagan's Director of the Office of Management and Budget, quoted Reagan when he, Stockman, tried to slow the ballooning budget for DoD: "Defense is not a budget issue." 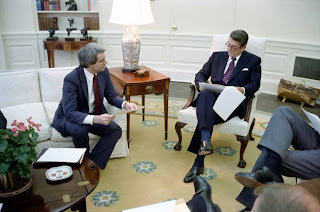 Boehner has already made that clear, so no one should be surprised when the prudential fiscal rhetoric and eviscerating budgets put us on a fast track to human misery while the military burps and wipes the expensive grease off its chins.

Healthcare, education, environmental protection, consumer protection, assistance to impoverished families with young hungry children--they are privileges that Boehner will eliminate insofar as he is capable and it will be with great Republican rhetoric about American toughness, American values, American hard work, and American freedom.

But being the military empire on Earth, in the oceans and in space is our collective human right. Huge military contracts will only increase as the language of austerity accompanies cuts that hurt millions of us. We will look nostalgically at the $7,000 military aircraft coffeemakers and the $425 hammers; the new privatized military will operate without rules but will take our paychecks until there are no more paychecks outside the military system to take, at which point the entire Pentagon Ponzi scheme collapses and our only hope is that it happens relatively nonviolently.

Ironically, Boehner takes the language of Gandhi and Getting to Yes (Fisher and Ury):
"When you say the word 'compromise,' a lot of Americans look up and go, "Uh-oh, they're gonna sell me out,'" Boehner said. "So finding common ground, I think, makes more sense." 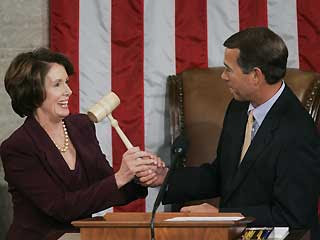 Pathetically, that quote gives me a glimmer of hope. Hope that the common ground is more than merely the bipartisan love for the elite owner class, a mammoth military and guns guns guns for all. Hope that we who wish for the government to reduce military and increase human services and life-affirming programs will persuade our fellow Americans. I hope we find our voice and make the happiness and health of our children and all children that common ground in the coming period and beyond.
Posted by Tom H. Hastings at 7:34 AM