It was 38 years ago today that the draft ended and it hasn't come back, but its shadow looms across the American bad memory landscape, only dying out as my generation passes on and the baby boomers lose their boom. Why did it end, why did it start, and why isn't it back, since we are in a couple of wars now with more threatening?

The draft ended because civil society had grown to despise it. When the citizenry finally comes to despise something, elected officials eventually get it and act, often because enough of the unresponsive ones are defeated in elections. The rest begin to understand that a shift in public attitude makes it adaptive for them to shift too. The US history of the draft--and the resistance to it--is complicated and shocking in some cases.

The draft during the Civil War was a lightning rod issue for both class and race and the parties were not what we might assume from our notions of what parties stand for today in the minds of many.

Democrats were "antiwar," but like so many who call themselves antiwar, they were anti this war, not pacifists at all. Indeed, in the early 1860s they often referred to the war of secession as the "nigger war." They stoked the fears of poor whites, warning that if Lincoln, that meddlesome Republican, managed to free the slaves, the north would be flooded with free blacks who would take all the factory jobs and all the unskilled or low-skilled work, replacing the immigrants from Ireland and elsewhere. When Lincoln pushed through a stronger draft law, poor whites rioted in New York City in what were really race riots but which are known as draft riots. Eleven black men were lynched during the five days of rioting, starting on the Monday morning, 13 July 1863, after the draft lottery began.

Huge crowds of white men beat blacks, white owners of businesses that served the black community, abolitionists, black women and they even burned the black orphanage, though they did permit the 233 children to escape. Fear of job loss fanned by inflammatory rhetoric and the most uncivil public dialog produced a chapter so ugly in the history of New York and America that it is not a big feature in most school history texts. It should be. 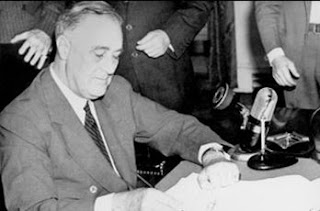 America had accepted the draft after Pearl Harbor, even though the threats from Nazi Germany had allowed Congress to pass the Selective Training and Service Act of 1940, the first peacetime draft in US history. Dave Dellinger and some other nonviolent men from the Union Theological Seminary openly resisted that, refused to register, and were sent to prison. 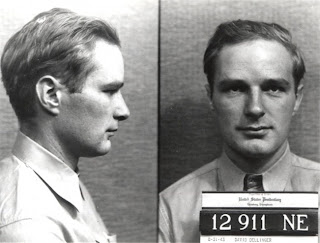 In a complete reversal of the racist draft riots of 1863, the World War II pacifists who served prison time organized against segregation in the prisons and succeeded in changing federal prison policy, achieving desegregation in some prisons before it would be achieved 15-20 years later in "free" society around those prisons in the South.

Draft resistance in Vietnam was sketchy at first and pandemic near the end. January 27 is a satisfying date to recall that end to involuntary servitude. The resistance to that draft in that war was complex and ranged from the stupidest (which, as a boy of 17 in 1968, I almost did, until I finally came in contact with the draft resistance movement), which was to enlist in one branch of the armed forces in order to avoid going to Vietnam, to the most principled, which was to publicly burn one's draft card and head off to prison. There were many shades of response, from the Bill Clinton model (stay in school long enough to remain exempt from the fighting) to the Ben Spock/Dave Dellinger model (even if you are not of draft age, you commit nonviolent civil resistance to it and risk imprisonment) and everything in between.

By the time it finally ended, US civil society opposed it and the generals and politicians learned to avoid it at all costs. They are the new draft resisters, using other methods to conscript nowadays. They love it when the economy tanks and young people are desperate for GI benefits, a job, and even housing. It's the Darth Vader approach: Luke, come over to the dark side. Young people, boxed in, see one way out as the recruiters shine bright lights on their option. It's not called a draft now, but it is a defacto poverty draft and I look forward to the day that ends. I hope we can all join in working to create other attractive options for our youth or we will continue our slide toward a militarized culture. Meanwhile, a moment to honor the end of the draft on this day in 1973. May it never come again.

References
http://www.press.uchicago.edu/Misc/Chicago/317749.html
Posted by Tom H. Hastings at 8:11 AM

A very good article. I feared that--once again--it was going to be a liberal "peace" argument for bringing back the draft as a way to stop the wars that I was going to have to respond to. Instead it was an insightful discussion of why a draft was always a bad idea and why we need to help people understand that the military is not a solution to poverty.

The Center was founded in 1940 to deal with the draft and opposes all forms of conscription including national service and the poverty draft.

Thanks so much, for your comments and for your good work.