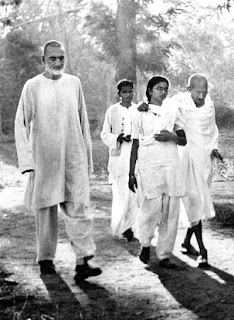 Can Muslims ever possibly develop a disciplined notion of mass nonviolence?

Within days after September 11, 2001, the place where I teach, Portland State University, had organized and conducted a talking heads panel of professors wise in all things Central Asian for our enlightenment. I learned quite a bit but there were some missing pieces, I felt, that might offer us a way forward that didn't include armed attack. Most salient to me was the legacy of Abdul Ghaffar Khan, known as Badshah Khan, a close ally of Gandhi's as the huge area known as India struggled for independence from Britain. British law and occupation was odious. Mohammad Raqib (2005, p. 114) notes conditions: 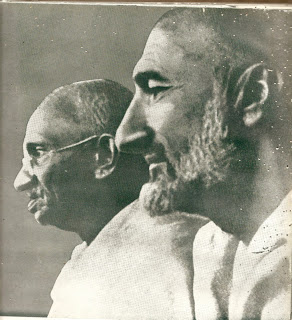 The Frontier Crimes Regulation, a set of laws widely seen as repressive and unfair, was adopted to fight anti-government activities in the settled districts. The police were given the authority to destroy buildings that were used by anti-British elements. Authority to inflict collective punishment was also given to police to punish families, villages, or even whole communities for the acts of one person.

Khan was a giant both physically and morally, a devout Pashtun Muslim, and the honorific Badshah Khan--"Khan of Khans"--was bestowed on him by all the other Khans. He decided that Pashtuns should resist British rule using a Muslim variant of Gandhian nonviolence, involving a special nonviolent fighting force called the Khudai Khidmatgar, the "Servants of God." These Muslims took a pledge of nonviolence to the death, the kind of commitment from a warrior culture that was sincerely, totally committed. Khan had the same devotion that Osama bin Laden would garner from his suicide squads on 8.11.01, but these estimated 100,000 nonviolent warriors were nonviolent. 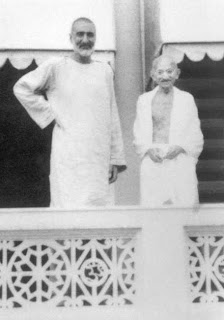 So, to answer the original question, yes. When a Muslim group decides to only use nonviolence and when they make that pledge in the name of their faith, they are as devoted to nonviolence as the Hindu Gandhi or the Catholic Cesar Chavez. If a Muslim leader demonstrates the kind of leadership the world witnessed in Abdul Ghaffar Khan we might see an end to the seemingly endless occupations of Iraq, Afghanistan, and Palestine with far less bloodshed. While nonviolence is apparently counterintuitive to so many, it has worked and may work again. The insurgents in Tunisia deposed Ben Ali with almost no violence--certainly no organized violence--and Palestinians are giving nonviolence more chances.