Is crazy the new normal? 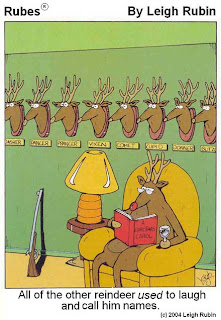 Do these assertions, which are abnormal in our society and also many others, mean that I have myself gone 'round the bend? Could be; if we humans don't accept that our grasp on sanity is always a subjective and tenuous proposition, we are even less rational. But I cannot accept the acceptance of violence as a sane action. I am aware that this is not what the psychological texts tell us and not what most of the legal and political philosophies and religions of the world say. The science and the philosophy, then, of defining acceptable, sane behavior are both, in general, lined up to permit violence under some circumstances.
I regard this as a manifestation of our societal insanity.
Am I immune? Hardly. I have violent ideation and the occasional violent dream. I regard this as my mind's struggle with sanity. My behavior is sane, at least in my own estimation (the ultimate in subjectivity), but I acknowledge that my limbic system is capable of asserting itself when I am outraged enough. I cannot justify this, however, and my inner fantasies about violence, which are insane, will continue to confront what I hope are insurmountable obstacles to translating into action.
Sadly, these obstacles are far less serious for our culture in general. We are clever and we build as many loopholes for violence in defense of ourselves as possible, while closing the loopholes for violence against us. Like a reification of the fundamental negative attribution error (my bad behavior was caused by context, by the environment, and my opponent's bad behavior is a result of his flawed character), we try and try to write laws and get our courts to interpret them to call violence against us illegal and violence in our defense justifiable. 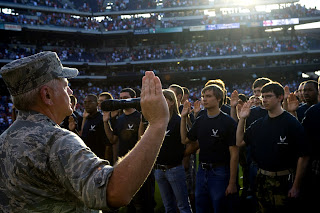 This is crazy. Clever, but nuts.
I would suspect that a plea of not guilty by reason of insanity will be the defense for Jared Lee Loughner, though any twists are still possible at this early stage of the investigation into the horrific shootings in Arizona.
Loughner may have regarded violence as the only option remaining to what he saw as an oppressive federal government stripping him of his freedoms. After all, as Sarah Palin, that paragon of probity, noted again and again, people like Congresswoman Giffords were in favor of an essentially Stalinist government that had decided to set up death panels to rule on who gets health care (illegal aliens, mostly) and who should die (your grandmothers, if you are hard working white Americans whose ancestors stole this land fair and square). 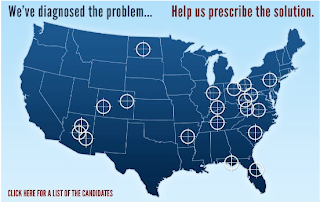 To Loughner, to the head stomper in Kentucky, to the born-again Marines prepping to cremate Fallujah in 2005, to the Taliban, to the September 11 hijackers, to the bomb crews of the Enola Gay and Bockscar B 29s that dropped the atomic bombs on Hiroshima and Nagasaki--to all these people and so many more, violence seemed perfectly sane responses to exigencies presenting themselves. Failing to see the context as they see it only means we have failed to objectively assess the processes that lead to violence because we choose to limit our analysis, again, to the violence of our adversaries as rationally inexplicable and our violence (or that committed in our names) as clearly rational under the circumstances.
And so we see justified violence on all sides and no primary challenge across the board. I make that challenge here and now.
And I'd suggest that until we see that challenge made general and made a part of our collective approach to the question of sanity and violence, we will see armies of tanks rolling through our clever loopholes and irregular forces of those we label terrorists dodging through the same loopholes, only coming toward us.
I am not claiming that those of us who practice nonviolence and reject excuses for violence are necessarily sane, but our behavior comes closer to what I believe is ultimately the most adaptive human behavior of all, and, one might argue, thus the most sane.
Posted by Tom H. Hastings at 3:40 AM

Email ThisBlogThis!Share to TwitterShare to FacebookShare to Pinterest
Labels: justifiable violence, not guilty by reason of insanity