Driven into the clammy embrace

As Wikileaks is hounded and harassed by the various nefarious agents from the war system--the MilitaryIndustrialGovernment, that is--they are being shoved harder into the big hairy bear's huggy paws. Since the US government has successfully pressured Visa and Mastercard to stop processing donations to keep Wikileaks afloat, the Russians have been contemplating taking over that role with a National Payment Card System.

Of course if that happens we'll see the McCarthyites re-emerging like 1950s stiff-legged zombies justifying even more attacks on Wikileaks for being affiliated with those dirty Russkies. This Manichean Night of the Living Dead deja view of conflict will be an interesting moment for Wikileaks if it occurs. It's a minefield and we'll see who steps where and what explodes. 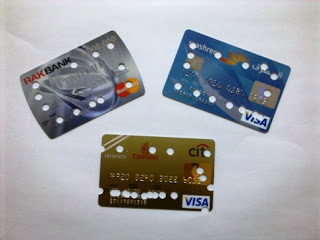 Luckily, Wikileaks is not accused of violence, just espionage. Also fortunately, there is no Wikistan where the citizens can be attacked by an imperial military. But flirting with Russian government money handling is a fraught problem too. This will probably turn more Americans (not to mention Estonians, Finlanders, Magyars and many others trampled or threatened by Russians over the years) against Wikileaks. Hey, it's a well-trampled path.

Often times a stance against an American corporation or two would justify overthrowing entire governments--just check in with Guatemalans, Iranians, Congolese, Chileans and many others. Combine that with any dalliance with Russians and the game was over. Patrice Lumumba was driven into the Soviet's arms by the Belgian/US aggression against his popular election and independent Congo spirit in 1960. This justified escalation, assassination and overthrow. That story is so familiar. 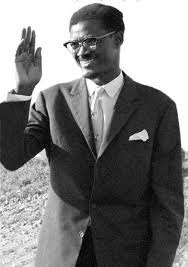 So, as tough as it may be, I hope Wikileaks is able to figure out another way to keep alive, financially. Maybe Michael Moore could take a page from the Karzai story and just deliver big bags of cash. Maybe we could start using snail mail and personal checks. How ironic is all this? The Internet is the fortress of Wikileaks investigative power and it's also the chink in the armor.

Like any serious and effective challenge to the war machine, Wikileaks is under attack. Like they did with investigative data gathering and dissemination, I hope they devise new systems of staying alive without getting drawn toward the flypaper of major power rivalry. The major power they appeal to and need to continue to develop is People Power, not just different nation-state power with a musty Cold War stench. I think they know this. I hope we can rise to help them.
Posted by Tom H. Hastings at 5:38 AM