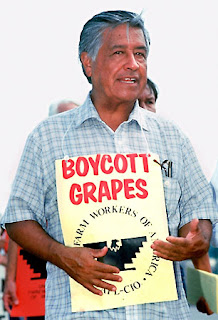 Nonviolence is often studied as a method of changing public policy and liberation, which is appropriate but not nearly inclusive of all the problems nonviolence can solve. Most of the same principles used in liberation and public policy struggles can be applied to struggles to affect corporate policy.

Our first task is to decide it's possible, and to do that, we can look to cases of successful application of the tools of grassroots agents of change to corporate problems. 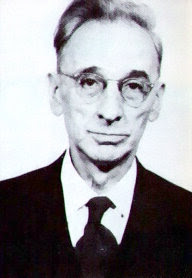 From AJ Muste advising and leading the textile workers just after World War I to the formation of many unions in the 1930s, to Cesar Chavez and the United Farmworkers' campaigns of the 1960s and many more such efforts, nonviolent grassroots initiatives have changed corporate and industry policies many times.

The Nestlé boycott of the late 1970s (1977-1984 and periodically on and off when Nestlé is found in violation) by Infact led to a cessation of the unethical marketing of infant formula in places where it led to unhealthy babies and impoverishment of the mothers. Infact went on to help force GE to sell off its nuclear weapons

corporate interests by applying that same consumer boycott strategy used so effectively by Chavez to involve the larger public in helping migrant laborers gain basic rights. That boycott faced plenty of corporate media pushback and its own ultimately unsuccessful boycott of the boycott, since GE was so wired in to major media, especially NBC. Indeed, the boycott can even be used to develop and effect the same kind of 'divide and conquer' strategy used so effectively by empires on colonial peoples. By boycotting South African white businesses seriously and long enough, black South Africans and their recruited allies from around the world were able to get the South African business community to split from the hardline apartheid government, setting the stage for a peaceful transition to democracy. Long before that, the citizens of Montgomery used the boycott of the bus system to split the ruling segregationists from the practical business-minded leaders who watched the bus company losing money for months, just because they could not end segregation. Sowing division based on fear of economic punishment is a legitimate technique that, if done in an organized fashion, works more often than pure moral appeal.

Corporations have taken not just the right to influence lawmaking—with fifty-six paid lobbyists now in Washington for every elected officeholder—but even the right to initiate and organize lawmaking to benefit them.
--Frances Moore Lappé (2006). Democracy’s edge: Choosing to save our country by bringing democracy to life (p. 90).

OK, corporations are slicker now, more sophisticated, and know how to run things with more tools and stronger techniques. Does that mean we throw in the nonviolent towel and give up? Nope. Not unless we intend to see our economy continue to favor the aggregation of money at the top and poverty at the bottom, with the concentration of both continuing to increase. If we need to fight both public policy and corporate policy simultaneously, we can do that. If we decide to, we can make corporations behave using the boycott and if we decide to, we can make Congress behave using the vote.

Yes, those are big "If"s, aren't they? If we hope to make it work, we have to pick one winnable battle after the next and start doing all the things necessary to victory, that is, publicize, recruit, educate, grow coalitions, start more conversations, bring in intellectual power and celebrity power, create an image of what the problem is and how to fix it, and make it seem possible. In other words, develop both buzz and loyalty to an idea, forcing that idea into the highest priority level for more and more people. 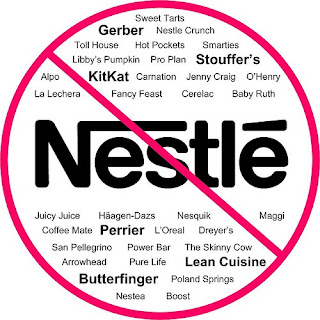 So, if the numbers of corporate lobbyists writing and handing over those written bills to elected officials is problematic, a multipronged campaign is the answer. Boycotts, buycotts (buying substitutes that weaken offending corporations and strengthen those whose behavior is better), competing bills outlawing the practice of corporate authorship of law, and more tactics that meet the public interest can be launched as the power of the coalition grows. Developing the narrative that convinces the niche markets and the general public alike is the work of many talented thinkers who do the research and use the results to design a strategy that succeeds.

In the end, looking at the history of nonviolent grassroots success, we see that the people were radically outspent and the corporations were overwhelmed by people power. That is the common story. They have the money power; we have the people power. The corporations are winning right now. Sometimes they have lost. In our current climate, our brief is to save our nation from them, our people from them, and even to save them from themselves, since they seem incapable.