Paying them to PSYOP us

In early 2005, many Americans were shocked to learn that the Bush administration was spending $254 million annually, twice what the Clinton administration spent, on public relations contracts to produce and distribute hundreds of ready-to-serve news segments broadcast on local and network stations.
--Frances Moore Lappé (2006), Democracy’s edge (p. 229)

How does democracy survive and thrive if it cannot emerge from an uncontaminated pool of public discourse? Just as we rejected the McCarthy-era House of Unamerican Activities abuses, so too are we now confronted with the problem of funding the very slicksters who pump out propaganda directed primarily at eroding our democracy enough so that they stay in power. Paying people to fool us is not why we pay taxes, thank you very much. Well, we wish it weren't. The $254 million mentioned by Lappé is a little slush fund alongside the ongoing tsunami of Pentagon propaganda funding, some $4.7 billion in 2009, employing more than 27,000 just to sell the war department's line of thinking to citizens from Birmingham to Basra, from Kansas to Kabul. They have the ironic chutzpah to call their Pentagon operation Joint Hometown News Service 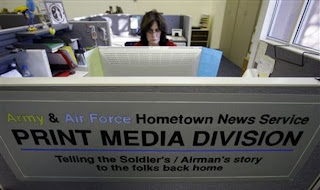 and when they produce news pieces for radio, television, advertising, opinion columns for newspapers, commentary for talk radio, and 'news' stories online, in print, in audio files or on film, they do not reveal that this is Pentagon-prepared. It has sent me back to re-read that old classic, Animal Farm. There it is, the new truth. The funny thing is Orwell was satirizing the commie governments of the left, but nowadays it's the militarized governments--and I personally see militarism from any quarter as a functional rightwing stance--who are using this approach less crudely and thus more effectively. 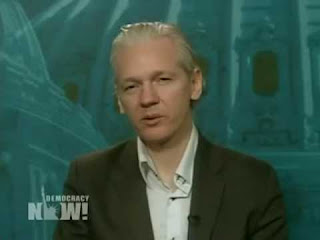 Spinning this self-referential news loop can spiral back to haunt us when those who actually believe in an informed citizenry seriously decide to help democracy, as when Wikileaks opened up a can of whupass 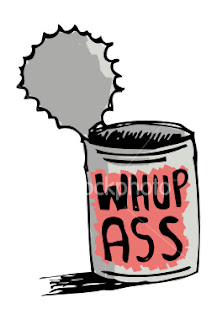 in the form of 92,000 leaked documents in July 2010. In that opened can we found that the Pentagon was using the same fool-the-natives trick in Afghanistan as they used so speciously in Iraq, which is to pay editors and others to plant Pentagon-friendly stories in those countries. The covering structure is called provincial reconstruction teams (PRTs, civilian-military hybrids tasked with rebuilding Afghanistan, presumably in the image and likeness of a US colony).

If we are trying to suggest to the world that a theocratic government is not appropriate, why do we do everything at our disposal to erode the faith that we hope develops, the faith in a free press, the faith in an informed citizenry, the two faiths that buttress the overarching faith in the people that is faith in democracy?