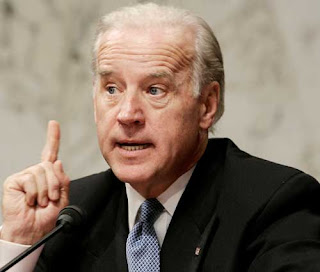 Joe Biden should practice some reflective listening right now, as he represents the Obama administration's evolving views on what is going on in Egypt. Instead, he is either going rogue or floating trial balloons to see how we respond. He says, for instance, that he knows Hosni Mubarak "fairly well" and that "he is not a dictator" like the communists in Eastern Europe. 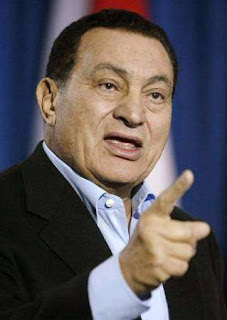 No, of course Mubarak is not like the communist dictators in Eastern Europe. None of them accepted detainees from the US and then tortured them, as Mubarak has. Mubarak has kept the Arab street in his country from taking power, has refrained from bringing desperately needed assistance to Gazans in deference to Israeli wishes, and has accepted $billions in US military aid. He does what he is told by successive US administrations. None of the dictators in Eastern Europe ever did these things. And many of them, such as Poland's commie dictator Wojciech Witold Jaruzelski, 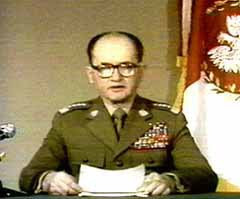 But Joe should admit where Mubarak is a great deal like those dictators of yesteryear. They imprisoned people who insulted them and so does Mubarak. They imprisoned independent journalists who didn't toe the state press line, and so does Mubarak. They lived well while most of their people were poor, just like Mubarak. Many of them took years of Soviet military training, just like Mubarak did from 1959-1961. And all of them relied on violence against their own people.

Hosni Mubarak shares one other thing with the dictators of Eastern Europe. They all eventually lost power and were deposed by people power. All their guns, tanks and bombs didn't save them.
Posted by Tom H. Hastings at 6:48 AM

The U.S. is in serious trouble if the Vice President does not believe Hosni Mubarak is not a dictator. It appears to me that our leaders are so stunned at the events over the past few days that they do not know how to react, or what to say. If our government took a firm stance and demanded that everyone be treated with dignity and respect, and that their voices are heard, it just may be easier for our government to find the words to deal with this sensitive situation.