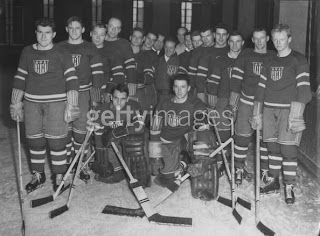 My father's best friend was Al Opsahl (third from left, standing), a hockey player and commercial jetliner designer. My father and I and Al and his son David went camping together from when I was just four years old. They would set out from Seattle, where Al worked for Boeing, and we came from Minneapolis. We'd meet in the Rocky Mountains someplace.

So these camping trips were every few years starting in 1955 and on until the late 1980s. Al died in 1990, the best way anyone can, doing what he loved, playing in a Masters hockey tournament in Santa Rosa, California. Died with his skates on. My Dad cried.

But the salience to nonviolence is that Al and I were hiking one day in the Cascades around the cabin he built on Lake Chelan and we were discussing civil resistance. He shook his head, recalling the Civil Rights era and the riots. He said the way to keep civil order was to make sure people had enough so that rioting would not be a choice that many would make. "Give everyone something to lose," was his sum-up.

I've thought a lot about that. Al was not an activist, just a very good man and a quiet leader. Indeed, my Dad was in awe of him his whole life. They skated together as little boys and Al was the captain of the Southwest Minneapolis high school team (they won the championship). My Dad went into the Navy and fought in the Philippines, and Al was rejected because his arm had been broken as a boy and healed poorly. My Dad said that Al tried to even just volunteer to drive ambulance or anything, and, even though he was a premier athlete, they turned him down. He then became the captain of the U of Minnesota hockey team and then captain of the US 1948 Olympic hockey team. My Dad said everyone looked to Al for leadership and never for dominance, as he was quite quiet but when he spoke it was authoritative. I just enjoyed his wry Norwegian sense of humor and easy affect. So his words were few, but I've taken them to heart over the years as I've tried to understand nonviolence.

Understanding poverty, injustice, and brutality are factors in understanding why people rise up. But one key, relating to what Al said, was part of what Saul Alinsky taught, which is to create raised expectations. In other words, Al was partially right. They need to have something to lose, but Alinsky was more specific. 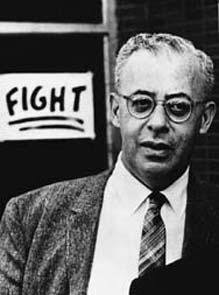 Make people hope and they will more likely act. Fatalism is not so much a philosophy as a result of being beaten down with no hope in sight. Defeatism and apathy are the norm for long-suffering people who cannot see the glimmer of possibility. Lou Kriesberg writes about this in Constructive Conflict. The same population, suffering no more or less than they have been for a long time, will suddenly rise up. The difference is that they perceive a chance for something better and the risks seem smaller than the desperate need once they understand there is hope for change. 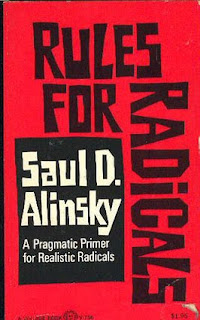 This is not magic and yet it's part of the magic of nonviolence, and such conditions can snowball once more people get hope because they believe they have been part of a partial victory. Good leadership fuels that hopeful sense and asks as much as possible from people while at the same time openly discussing risks and potential gain.

Skating and snowballs--good long winter thoughts on the power of nonviolence as latent and waiting. Americans have a lot to lose, but our military budget has wrecked our economy so badly that the losses are beginning to manifest for more. Now, how to help us gain that hope, that realization that we can staunch the losses without undue risk of losing what we have left. That is our challenge here in the US. I think we have a far better chance than a snowball in hell. The other lesson that I took from Al Opsahl and my Dad is one that Alinsky and Kriesberg clearly learned in their own ways too: a good camper always leaves the campsite in better shape than he or she found it. This applies to everything in life, certainly including conflict.
Posted by Tom H. Hastings at 8:54 AM