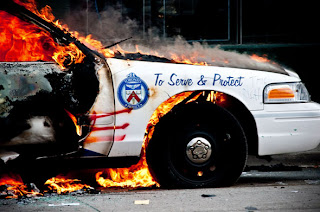 The act of protest may be intended primarily to influence the opponents—by arousing attention and publicity for an issue, with a hope to convince them to accept a proposed change. Or, the protest may be intended to warn the opponents of the depth or extent of feeling on an issue, which may lead to more severe action if a change the protesters want is not made. Or, the action may be intended primarily to influence the grievance group—the persons directly affected by the issue—to induce them to take action themselves, such as participating in a strike or an economic boycott (Sharp, 2005, pp. 398-9).

How do we achieve our goal using nonviolence? What kind of message do we craft? And to whom do we send it for what purposes?

All too often those who attempt to get a change in some policy fail to ask the questions they need to ask in order to get the job done that they wish to accomplish. Many times, it seems, it's a set of assumptions about the goal, about the methods, and about how to construct the campaign. This can have some negative results if some crucial constituencies are ignored or alienated. Sharp mentions two groups, the grievance group and the opponents, presumably a group exerting and enforcing some sort of injustice. But what about those who don't consider themselves in either group? The apathetic millions or the alienated majority is ignored at the peril of the grievance group, since those people might become either supporters of the oppressive group or supporters and allies of the grievance group, depending on the message sent and received.

So, for example, as Dr. Bernard LaFayette points out in the film A Force More Powerful, the Civil Rights movement in the US was undertaken by a grievance group that was perhaps 11 percent of the population. The majority had been apathetic, and the grievance group--African Americans, especially those denied basic civil and even human rights in the segregated South--could not win until they had the sympathy, if not the active participation, of the majority across the country. The messages sent by the Civil Rights movement were of great grievance but also of nonviolent intention and commitment. They responded to violence with immensely courageous nonviolence and slowly but surely convinced the majority of Americans to support them.

The minute the message changed to Black Power, violent self defense and Burn, Baby, Burn rioting most support screeched to a halt and began to reverse. MLK, John Lewis and a few others tried heroically to keep to the nonviolent message and conduct and could not convince broad swatches of the national grievance group to join them, which ended the advances for African Americans. The correlation is clear. From 1955-1965 almost all African American protest and resistance was nonviolent. When that gave way to a "diversity of tactics" all the political gains stopped, social indices froze and the racists were given the arguments they needed to Keep Fear Alive. Images of Newark, Detroit and other cities in flames and Huey Newton and Black Panthers with weapons killed off almost all the forward movement toward a meeting of the hearts and minds we needed.

Yes, those who raised their hands are quite correct. Indeed, this has been proven again and again in court, from the Black Power movement to the anti-Vietnam War movement to the movement against nuclear weapons and on and on. These agents urge violence and the more simplistic and angry movement people go along. Then it comes out that the movement was duped by this and then the next movement gets fooled by it. Are we slow learners, incapable of discipline or just so angry that the first thing we shoot is ourselves in the foot? I mean, in the aftermath of the demise of the Honeywell Project in the late 1960s, precipitated by acts of throwing bricks through corporate windows and generally appearing nihilistic and enraged, it turned out that this was prompted by police undercover provocateurs. The Honeywell Project, begun in the 1960s in Minneapolis to struggle against the manufacture of cluster bombs that were slaughtering so many innocent civilians and livestock in Vietnam, won a $30,000 settlement by proving that the police provocateurs initiated all the violence. 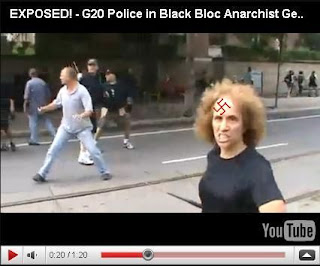 The Black Panthers were badly infiltrated, as were the Black Muslims (one of Malcolm X's bodyguards was working for the police, for instance). The antiwar movement suffered similarly.

So, when someone advocates a diversity of tactics nowadays, do eyes roll and are they rejected? Of course not; it is the opposite. When those who advocate strict nonviolence speak up, the eyes roll and the so-called peace movement leaders often brush them off as puritanically obsessive about their pure nonviolence. In short, lessons unlearned. The exceptions to this include the campaigns led by Catholic Workers and some others who are philosophically committed to nonviolence, but the general leftist movements or progressive movements get derailed frequently by accepting this so-called "diversity of tactics," code for violence or undisciplined rage of some sort. Those who permit this are rarely police agents, but they may as well be, since the ultimate effect is to erode and shrink the movement.

When women in Britain fought for the vote, they used some violence. American women never did. British women started their struggle earlier and won the vote later. Certainly the approach taken by Alice Paul and other committed pacifists won hearts and minds much faster in the US. 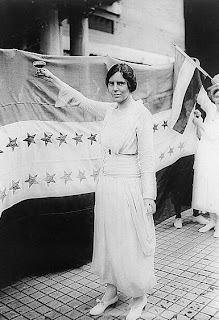 We have a long road of learning; may we begin soon.