Can't buy me love: US out of Pakistan 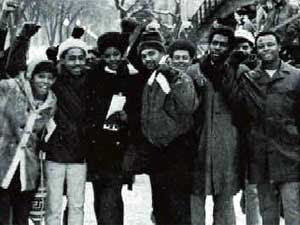 How does the US help nonviolent movements and organizations in other countries? It shouldn't. The task of the US government is to support the UN properly and otherwise leave civilians alone.

I've been thrashing around in this old nonviolence world for a while. On January 14, in 1969, there was a nonviolent takeover of Morrill Hall on the campus of the University of Minnesota. Black students met with U of M president Malcolm Moos and secured some promises for scholarships for black students and some other promises around curricula. Later that year I joined a second takeover that was meant to be, and was, a larger group, more racially diverse. The issue at hand was the broken promise the U of M had made to provide a certain number of scholarships to African Americans each year, a promise made in the aftermath negotiations of the first takeover. So a demonstration was called and, in those days, there was enough unity so that we were able to bring in antiwar students, young random activists like me, and the local African American community. The primary organizing group was the U of M Afro American Action Committee.

At one point, as we sat in the hallways, one of the local black leaders from a more radical organization called The Way (I was at that point the only white volunteer there and my friend and mentor, Jesse Lee, who was Educational Director, was the person who got me involved) was in visible conversation with a local politician. Someone shouted, "Threaten him with an endorsement!" We laughed, but that stuck with me.

It comes home to me hard when I read that, for example, the Sufis in Pakistan are being killed by their fellow Muslims because Sufis are favored by the US government, 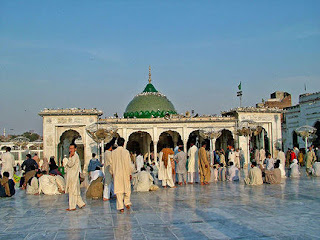 which has channeled some $1.5 million to Sufi shrine restoration. This brands all Sufis in Pakistan as suspicious US allies and thus betrayers of a Pakistan free of outsider control. Indeed, the more funds the US pours into Pakistan, the worse it all becomes, and we are about to witness that again, as US military aid to Pakistan is increasing. Soon, we may see military aid to Pakistan overtake the amount to Israel, which has been the recipient of more US military aid than any country. The truly clumsy way in which we are trampling and stumbling in Central and South Asia is astonishing. I mean, most of the half-million Pakistani armed forces are bunched up and bristling along the Indian border. I'm sure India is thrilled with us.

So, the US government openly supported Otpur and DOS in Serbia, helping to lead to the successful campaign to get Slobodan Milosevic deposed. Why did that work then and not now?

The secret is the movement in Serbia was widespread 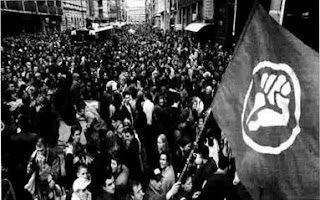 and completely nonviolent. No US troops were in Serbia. The people of Serbia trusted Otpur, since Otpur was not only nonviolent but quite transparent. When the Milosevic government tried to move on Otpur, they had no support from the Serb people.

In Pakistan, however, Islamic fundamentalists seem closer to the emotional state of the citizenry of that country, allowing the demonization of anyone taking US aid and permitting the targeting of civilians who take that tainted money. Sufis become the easy targets. Why on Earth would the oafish Americans barge in and give them checks when those funds are a death sentence to the recipients?

As Obama seems determined to pump good money after bad, the only way to change it is grassroots pressure. Please tell your elected officials to oppose and vote against military aid to Pakistan, which in the end is only redounding poorly on everyone except the Pakistan elites who are rightly regarded by the Pakistani people as purchased allies to the US. If we ended all military aid to Pakistan and redirected aid to Sufis through the UN, we would see a reduction in the terrible targeting of the most peaceful sect of Islam.
Posted by Tom H. Hastings at 2:00 AM