Bipolar disorder and the cave man

Jobs. Watching the 33-minute speech President Obama gave was more of the same. He threw out offering after offering to corporate America, including tax cuts for businesses. His vague talk about creating jobs was accompanied by no estimates of how many would be created and what that might do to the unemployment rate.

His rhetoric about producing some help for Americans drew obligatory ovations from Democrats and virtual sit-down silence from Republican House and Senate members glaring at him with near murderous hostility--these people should think about how they look when the camera zooms in on them at critical moments. Some oozed a porcine self-satisfaction that makes us absolutely understand how we have come to regard Congress as a combination of snake oil salesmen and shills for elite interests.

The most telling moment was when Obama called for "reform" for Medicare, which is to say, cut benefits to elderly Americans who have worked hard all their lives and who have earned all the health care they get. For his willingness to throw more senior citizens under the bus, he finally got his standing ovation from the Republican side of the aisle.

These people are shameless.

Nothing substantive, nothing really different, then, in this speech, except his surrender to Republican demands to cut Medicare. When we said we need a real cave man who will fight for a massive and immediate jobs bill that will put millions of Americans back to work (not the "thousands" he mentioned) we didn't mean someone who caves to the party of the corporado elites.

While some of his rhetoric was strong, each time it really challenged the Republican undivided loyalty to the owner class you could feel the chill and hear the derisive laughs and murmurs of opposition from the rightwing. He claimed he would preserve environmental and health regulations, even though he has just weakened them. He claimed he would defend collective bargaining rights. I wonder what public sector employees in Wisconsin feel about that.

So we shall see about the particulars of the American Jobs Act, long overdue and sounding relatively insipid, and we will see how Republicans fashion their opposition. I may not have faith in Obama's abilities to do much for the average American, but I do have faith that Republicans will revert to type and launch bitter attacks on every element of his proposal. The parts of it that benefit average Americans will be labeled as class warfare and unwanted spending. The parts that benefit their patrons from Richistan will not be--burp--enough.

It is times like these I reflect on The Tao of Lily Tomlin: 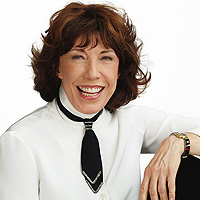 I try to be cynical, but I can't keep up.