Transforming a conflict from destructive to constructive, the heart of nonviolence, is a great thing to do. But it is only going to work, generally, with careful strategic planning. What are the basic elements of a strategic plan?

Achieving unity with a tiny group of true believers in exactly the vision you have for a solution is fine if you prefer a life of fruitless struggle, or of what Jonathan Schell rejected when he said, "I'm tired of going down in noble defeat." When you build a coalition you don't need to look for your clonal replicates, but rather for all those who can agree on one simple, definable, achievable goal. When we were stopping the Wisconsin Department of Natural Resources from spraying a Dow chemical, Tordan 10K, in our state forests, we didn't perform litmus tests to make sure that only vegan treehugging organic crunchy granolaheads were standing with us. We lined up with hunters, loggers, the tribes, the trout fisher folk, the trappers and everyone who normally fought against us on some issues and with us on others. Unity on one issue and focus on only that gave us a swift and decisive victory. Plan for this.

When we resisted Honeywell in Minneapolis in the Vietnam War era for their production of anti-personnel (civilian killer) cluster bombs, police agents infiltrated our ranks and were violent. Our leadership was not committed enough to nonviolence to insist that it be maintained. We lost and were effectively disbanded. Some years later we found out via the then-useful Freedom of Information Act (the one Reagan and Bush destroyed and which is now more or less useless) that the police had done this. It's one of the reasons I tell those in any movement who advocate "diversity of tactics" or "violent self-defense" that, "I am sure you are not a police agent, but you may as well be, since this is what our opponents would like us to do." Maintaining nonviolent discipline, as we saw in the Civil Rights movement, in the United Farmworkers movement, in the Philippines, in Serbia and in other places where nonviolence prevailed, is key. You will be tested. It will feel unfair and in fact that is exactly when it is crucial to recommit to that discipline or risk escalation and high costs and loss. Plan for this. 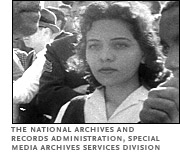 Knowing that you may lose again and again is part of the struggle. If you aren't resilient, that is, if you don't persist and adapt, your loss becomes permanent. Diane Nash, one of the original Sit-In Kids in the South, told author David Halberstam that they were always trying to anticipate what the possibilities and obstacles and potential solutions might be as they proceeded. Cesar Chavez said that each step forward, as they held the candle of freedom, lighted the way for the next step. The analytics and realistic alternative plans will help you face difficulties together much less hysterically with more disciplined assurance. Plan for this.

Plan to create and defend your image.
Plan to raise all necessary funds.
Plan to recruit internally and externally.
Plan to support your participants.
Plan to win.
Posted by Tom H. Hastings at 9:36 AM