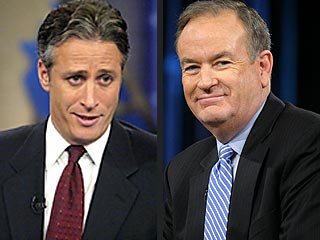 My father began to tell me as a boy, at the conclusion of an argument between us, that, "You are going to be a lawyer." I probably lost the argument, but he wanted to at least acknowledge that I scored a few debating points on my road to defeat.

As I grew up, the value of debating skills was high. Entering the world of activism at age 17, I learned quickly that the adversarial approach was favored, capping on your opponent was how you won, and all the old war stories from the elders who learned to organize in the Great Depression centered on beating your opponent into submission, rhetorically. Of course, I carried these lessons into my community organizing.

Maturation is a process. Mostly, it's related to a combination of experience, education and helpful mentorship from those with different experience and education. American males often struggle to mature, and I am certainly no exception. Learning another way and letting go of the old are tricky steps, requiring admission of error and in some ways starting all over. I have needed to do this around the question of debate and dialog, which goes to the essential difference between adversarial community action and principled negotiation-based approaches.

Debate is a zero-sum activity at best. One winner at the most, sometimes multiple losers.

Dialog can construct a win-win outcome.

Debate tries to shut down the opponent's story.

Debate listens only to probe for weaknesses in order to plan attack.

All the elements of dialog strengthen collaborative nonviolent conflict management.

All the elements of debate divide and weaken nonviolent conflict management.

There's much more, with thanks to Shelly Berman of the Boston chapter of Educators for Social Responsibility.

Watching a messy, fractious, mean debate, such as Bill O'Reilly and Bill Maher, isn't even entertaining, let alone enlightening. Watching Jon Stewart and Bill O'Reilly kid each other as much as spar is at least entertaining, even if no clear victor emerges with the other's head on a metaphorical pike.

Does this mean we never fight? No, it means we fight for fairness using fair methods, we fight for compassion in a compassionate fashion, we fight for inclusivity using inclusive strategies and we fight for sustainability using a process that acknowledges and best prepares for a sustained partnership, not a new regime of power-over.
Posted by Tom H. Hastings at 1:00 PM

Great post, Tom! Having facilitated some dialogue processes, its interesting to see how difficult it can be at times to slip out of debate mode and into dialogue mode. Its just not something many of us are given opportunities to practice growing up.