How can we hope to develop our nonviolent effectiveness if we cannot grasp the basics of how conflict works? Failing to understand conflict and then trying to develop solutions is a bit like trying to stare at the inner workings of your computer or phone or watch or television and troubleshoot without a manual, without education, without guidance or instruction. The human mind and heart are not decipherable without learning something about how they function and malfunction. The same is true for groups of humans and their institutions. 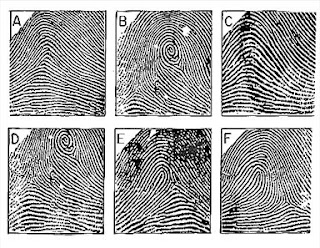 We are often taught about handling conflict by our families, teachers, and peers, and we often also emulate what we see in media, even though much of the family instruction is quite idiosyncratic and underinformed. Teachers are not educated often in teaching conflict management, media conflict portrayal is often based on fiction and our peers often repeat the most dysfunctional ideas to us. Each conflict is thus unique, with its own conflict fingerprint.

Parsing out conflict on the individual level is best done by beginning with an understanding of nonviolent communication theory as developed by Marshal Rosenberg, who does a very good and easy-to-understand analysis of how we communicate and create misunderstanding and conflict. Add to that a good grasp of principled negotiation and we can begin to break down the totality of conflict into its elements.

How might this work? Someone says something that offends me and I rise up in anger. Then I turn to nonviolent communication knowledge and I understand that whomever is saying negative things about me might just be correct and I need to accept criticism with grace. Or, if I disagree with them, perhaps I need to ask for clarification and some evidence to try to understand what I've done to provoke them. I know that their message may be influenced by many factors, possibly having nothing much to do with me personally, possibly having to do with other pressures in life, other cultural practices that feel odd to me but normal to them, etc. In other words, until we have more evidence, we suspend judgment and thus the certainty of our response.

Conflict has many causal components, including but not limited to:
The beginning point of conflict is seldom commonly understood by all parties, that is, each party usually believes the conflict began with the other. The other did or said something that launched a conflict. My behavior is reasonable; your behavior is malicious and part of your nature or culture, inherently bad. When you blame me because I took something, you are wrong because it was legitimate for me to take it. Thus, performing our own objective forensic work on our own conflicts leads to the understanding that we all have a biased beginning, virtually guaranteeing an analysis that is unfair. Learning objectivity is the first step toward conflict forensics that can be accurate and helpful.

From that point on, parsing the causes and effects of components of conflict get increasingly complex. There are many theories and frameworks from which to choose. Dealing with that body of conflict research helps us analyze conflict so that it is broken into units and can be understood in that sort of division of manageable portions. So if I am your boss and I give an order and you don't perform up to my expectations, we have a conflict, but does my analysis include the perception I generate by how I dish out commands? If not, I am performing a poor analysis that will give me poor solutions.

Conflict is a richly productive way to improve our lives or it's a way to bring us all down. It is creative or it is destructive. It is shutting down each other or it is learning from each other. Conflict forensics is infinitely complex and the more complexity we seek to understand, the more conflict is transformed toward the creative side and away from destruction.
Posted by Tom H. Hastings at 11:33 AM