Rene Dubois famously told us to 'think globally, act locally.' This dictum was meant to help us be more sustainable ecologically, and can be adapted to our insurgencies, as Chenoweth and Stephan (2011) tell us, “Insurgencies that obtain resources from elsewhere—such as from natural resource deposits or foreign donors—are much more likely to abuse the local population, thus undermining the ultimate goals of the insurgency” (p.55).

Bannon and Collier (2003) affirm that certainly having rich natural resources favors violence: "Violent secessionist movements are statistically much more likely if the country has valuable natural resources, with oil being especially dangerous" (p. 5).

These are not immutable rules, just probabilities. We see the results in the last year, certainly, though not perfectly. The countries with the most civil strife that also have rich natural resources--Libya is the salient example--tend to get outside financing for the rebellion. Nations without much fungible natural resource booty--e.g., Egypt--are on their own and tend to be more reliant upon nonviolence. This is not a perfect predictor, but is a variable of importance.

Even Hollywood gets at least some of this. In the film The International, the evil banks are financing an African warlord who, sure enough, tosses over his nation's government, and is then in debt to the bankrollers who expect considerations when it comes to cheap human and natural resources. The banker is explicit in a confessional conversation when he notes that, "whoever controls the debt, controls everything.” The other relevant filmic moment is from the 2006 movie Blood Diamond, when an African village is laid waste by a battle and an elder later comments that it is terrible, but just imagine how much worse if they had oil. 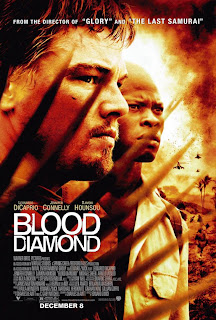 And so we are challenged in the field of conflict forensics to understand the infinite variables in their particular contexts so that we can try to promote a transformation to nonviolence. That has become the paramount project for all who would attempt to help prevent the bloodshed that accompanies too many of our human activities in this era of rising population, diminishing resources, globalized arms production and corrupt financing. It is a very big challenge and loss is not an option unless a terrible crash of human society is an option. Nonviolence is our only hope and studying its openings and opportunities is our duty.