From the "Loose nukes? I wouldn't worry" Dept.

The US Government General Accountability Office looks at governmental functions, budgets, results, efficiencies, potential problems and impacts. They issue a substantial number of reports on a nearly infinite array of topics. These are available to the citizenry, normally, and we wish Congress would actually pay some attention to some of the more alarming findings. Today, 8 September 2011, is one of those times. From one of the GAO reports issued today:

DOE, NRC, and State are not able to fully account for U.S. nuclear material overseas that is subject to nuclear cooperation agreement terms because the agreements do not stipulate systematic reporting of such information, and there is no U.S. policy to pursue or obtain such information.

How is that for bureaucratic buck-passing? This is not the first time the government has noted missing or otherwise unaccounted for nuclear weapons materiel, specifically including highly enriched weapons-grade uranium and weapon-usable separated plutonium, with 1,160 kilograms gone missing. Since a kilo of PU can kill a maximum of just 2.5 million people, there is probably only enough out there to kill all humans on just this one planet. Easy to ignore until a loved one gets cancer or gives birth to a radiation-contaminated and mutated fetus. 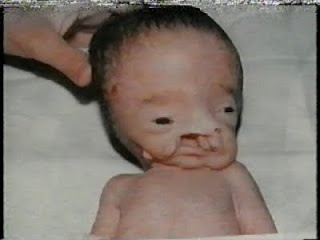 When will we begin the citizen shutdown of this arsenal that has no moral, humane, military, national security or any other 21st century role except that of state terrorism? The Republicans, in their infinite wisdom, are cutting the nuclear proliferation oversight budget while making strange deals to actually increase funding for nuclear weapons. This Wild West feckless reckless approach is precisely backward from what might enhance our national security.

But what would we do without nuclear weapons to protect us?