The United States Central Intelligence Agency is operating outside any law except its own. What it does is often in direct contradiction to US law, international law, and it is increasingly brazen about it.

What? The CIA breaking the law? Shocked. We are simply shocked. And who cares? It is the Central Intelligence Agency, not the military. They gather the information and in uncertain times, we need much more information.

But the laws that it violates are generally related to its increasing role as self-appointed judge and summary executioner of whomever it decides deserves to die, plus anyone unlucky enough to be in the target area. This seems to be a function of two related problems. 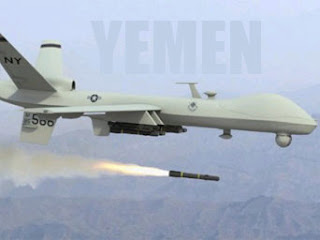 One, the increasing militarization of everything about US culture and government. The CIA is rapidly becoming a kinetic kill paramilitary organization that hides its activities about as well as the Israelis hide their nukes. In short, it's an open secret. In the past, the CIA has needed to manage its public image when it operated outside the law, such as its scandalous Iran-Contra operation in the Reagan years. Indeed, as analyst Marc Pilisuk (2008, p. 176) reminds us, the agency set up a special perception management office directed by Otto Reich, since it was aware of public opposition to violent interference in other countries' affairs, part of the legacy of the sordid and disastrous US slide into a massive war in Vietnam. The lessons of Vietnam are forgotten; all lessons now are derivatives of 9.11.01, and the decade of moral, ethical and enlightened self-interest slide into depravity is profound. We are now a nation understood by the rest of the world as the mirror image of the sick bin Laden we finally assassinated, willing to kill noncombatants as an acceptable concomitant to our agenda. It hearkens to the papal legate from the 13th century, deciding that it was too much problem to determine who the rebels were and who the loyal Catholics were, so, "Kill them all. For the Lord knows them that are His."

Two, a lack of public support for investigation and correction. Indeed, the CIA doesn't even acknowledge the drone program, which now routinely hunts and kills in Afghanistan, Pakistan, and is sharply increasing its killing capacity in Yemen.Yawn. Like we care.

So the global alienation from America continues and thus the growing support for attacks on our military and even acceptance of terror attacks on our civilians. This mutually reinforcing dynamic, however, is worsening just as the US is losing the financial capacity to continue. In the end, though we are causing pain and ill will and lots of damage in our death throes, we are still an empire coming to a bloody and broke end. It could have been different, but when we see the world's problems as only soluble by the application of violence, this is a natural devolution. It will accelerate until the US citizenry makes it stop or until we simply collapse as a global power and lump along in our new third-rate status in the world.

Very well said ...but hey like who cares? (sarcasm) - Thanks for writing on this CIA / DRONE Killing spree(s) topic ... I posted your article on Facebook and Twitter.

I know. Dear American taxpayer: They may not come for you, but they are coming for your economy and ecology, and if you don't speak up and act now, there will be no one to speak and act for you. This is the legacy of the US military. They have to destroy the country in order to protect it, the ultimate in incompetence.