The lessons of nonviolence are many, obvious, recurring--and counterintuitive to most people in war system cultures. Sadly, those cultures comprise a great deal of humanity, since we have a war culture history that has dominated for thousands of years. We see the results.

One attack on US soil by 19 suicide mass murderers that killed three thousand noncombatants has led us into a permawar, sacrificing our economy, killing at least two orders of magnitude more humans than the original attack, and wrecking the job market as well as the security of home ownership for millions. 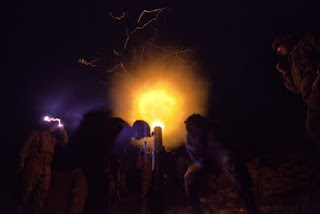 Meanwhile, nonviolence has quietly shown the alternative, succeeding far more often than does violence and at a tiny fraction of the cost. What are the lessons of September 11, 2001, and the response to it?

In a global sense, the primary lesson should be that a violent response is counterproductive and guaranteed to keep the spiral of tit-for-tat in play. Yes, you can take the fight to 'them' by overwhelming kinetic kill force that puts your military in the front lines, committing atrocities and eliciting a guerrilla fighter response, especially when you reduce civil liberties in the homeland (and eliminate them entirely for some who have been profiled) and commit the economy to war until it collapses. But when the economy does collapse--and it is slowly imploding now as a direct result of how we responded to 9.11.01--then what? 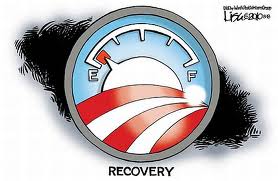 Then, perhaps, we can finally do the right thing, as long as we have exhausted all the other options. We can become global citizens committed to nonviolent justice for all, fair trade, human rights, democracy, safe energy and common security based on sustainability. Right now we are seen by much of humankind as a war machine willing to steal and kill, pollute and violate human rights and prop up warlords who are loyal to us. Is this actually the image Americans want the rest of the world to have of us?

I know it's not. No other country has provided more volunteers to civil society organizations around the world. My students are eager to help and to live fulfilling lives in service to others. The majority of Americans are ready to do the right thing. We need to take back our culture, our political system, and then we need to recraft our methods of conflict management so that we can collaborate with the vast majority of the seven billion of us alive on Earth instead of launching attacks from Fortress America.

There are literally thousands of detailed lessons from 9.11.01 and the alternatives that could have been employed. Those alternatives cannot bring back the dead nor retrieve the squandered resources, but they still await our consideration, ready to help us transition from a war system to a peace culture. Unlike the knowledge available to us 50 years ago, when President Eisenhower warned of the influence of the military industrial complex in his 1961 Farewell Address, we know far more about alternatives. Time to engage them.
Posted by Tom H. Hastings at 7:09 AM