The Arab Spring is one of those phase changes for humankind, taking its place alongside the colored revolutions, the Velvet Revolution, nonviolent asymmetric struggle for minority rights, women's suffrage, and the discovery of nonviolence itself by Gandhi. All these nonviolent liberatory struggles emancipated more people than did all the violent revolutions combined in the last 100 years.

Knowing this, our work is nothing less than a fundamental global phase change from investment in violence to an investment in the securitization of society using nonviolent conflict management methods. This is a matter of working with many constituencies toward a new grasp of what good social norms are. No longer is violence tolerable; there are always alternatives. Always. 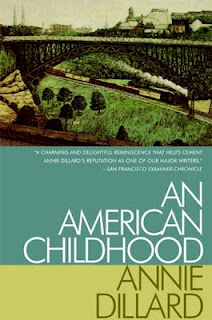 Force, on the other hand, is often needed to confound ruthless exploiting organizations and individuals. I loved the passage in Annie Dillard's An American childhood when she recalls watching her mother fill out job applications during the McCarthy Era, when applications featured loyalty questions. She watched as her mother scribbled and scribbled and then came to the question, "Do you advocate the overthrow of the government of the United States of America by force or violence?" and her mother paused, thought, and wrote, "Force."

Force is sometimes noncooperation, refusing to do what we are ordered to do. My most recent favorite illustration of this is in a 2007 film I just saw, Where God Left His Shoes. 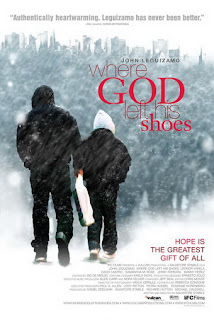 Young actor David Castro plays a boy who must try to keep up as his stepdad looks for work and, after many ordeals, simply sits down and refuses to walk any further. This succeeds. Later, he defies his father and that also works. He is small but forceful, meeting orders and intimidation with stubbornness and a wisdom beyond his years. Why did he stand up for himself rather than follow orders? He just did it, and this holds immeasurable lessons we usually ignore at the social conflict level.

We need a phase change now if we are to redefine ourselves in a way that becomes sustainable, which is at the heart of the current debate about the debt ceiling. The actual issues are really that we cannot think of a sustainable way forward, when, in fact, it is right before our eyes, with the incredibly strong method of serious nonviolence. Changing our conflict management methods will change our entire world. It will give humanity a serious chance to thrive.
Posted by Tom H. Hastings at 7:37 PM