This is your business...

Those who say that we cannot understand war unless we've been in one are correct. Those who say we cannot hope to avoid war based on what we know without experiencing war are incorrect. None of us who have never been in a fatal car wreck are incompetent to avoid them. Indeed, by definition, the one who drives a car and has never been in a fatal wreck is better positioned to claim some expertise on how to avoid them.

In any case, Lord Strag was correct. Diplomacy is indeed everyone's affair. As Germany blundered into World War II, her citizens followed their elected dictator over the cliff. Diplomacy as waged by Hitler was the diplomacy of the evil child grabbing more and more on the threat of either more harm or future good behavior. That was everyone's business.

In the nuclear age, when weapons and arsenals are assembled in existential threat against all of life, a farmer in Kenya should have the same vote as an American in New York, since both stand to lose all in an all out nuclear war. 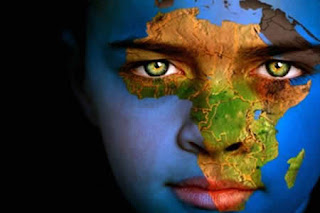 The same is true for the Wikileaks case; Julian Assange released information we all have a right to know. Cutting deals that make war last longer or war break out is cutting deals that cut short lives and when these dice are rolled all of us deserve a say in that.

Similarly, when mainstream media ignores the voices of those who can help us think through ways to transform conflict from negative and destructive to constructive, that mainstream media is also violative of this basic principle. Get the voices of the peace theorists, peace practitioners, peace researchers, peace advocates and peace analysts into public play. That is how the public will know enough to make informed choices and that is what a democracy is about.