In 2003, as the US was contemplating invading Iraq I was asked to be on a panel of talking heads, the other three being very accomplished academics and much better debaters than I. At one point I mentioned that historically the military has been used to enforce a racist imperialism again and again. I was mocked by a rightwing historian who noted the racial makeup of today's military.

"It's the most diverse social institution we have," he said. "It is a model for a racially balanced structure."

The model of inclusivity (for anyone worth including) that the military represents is indeed interesting. It has always served imperialism, whether we consider the ancient Romans, who excluded Christians until Christians straightened out their philosophy to a pro-imperialist violence, or the British empire, who outlawed Scottish and Irish language and culture until their young men fought for the empire, or the US, who maintained strict racial segregation until blacks died in high numbers in World War II and Harry Truman finally ordered a desegregation of the military. 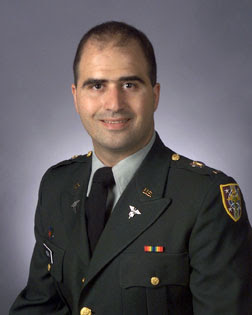 And now we see the dynamic in religious terms, the military v Muslims. In the aftermath of the 2009 shooting rampage at Fort Hood by a Muslim suspect, Nidal Hassan, there was some soul-searching in the military. "3,557 military personnel identify themselves as Muslim among 1.4 million people in the active-duty population, according to official figures," wrote Andrea Elliott in the New York Times. Since identifying one's religion is currently optional in the military, many Muslims expect that there are many more of them actually in the military but who prefer not to self-identify officially.

As in any war, it is crucial to objectify the enemy in order to kill them. It is a matter of course that one cannot easily get around, irrespective of sensitivity training and official rhetoric. 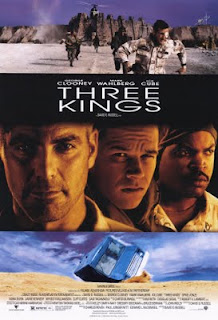 It is reminiscent of the lines from Three Kings, the 1999 film about Gulf War I:

DOC (black soldier played by Ice Cube) I don't give a shit if he's from Johannesburg. I don't want to hear dune coon or sand nigger from him or anybody.

The black soldier is just fine with racism directed against the enemy, since he too will have to kill that enemy and cannot easily afford to categorize Muslims as fully human. It's comedy because it's a painful truth delivered without discernible irony.

If we ever have a military truly free of racism, bias and objectification we will have a military far less capable of killing. Then, perhaps, they will have to think of other ways to defend our country. At that point, perhaps, our people will be ready to turn to nonviolence, to civilian based defense, which is what we have been promoting all along.
Posted by Tom H. Hastings at 2:27 AM