How do Glenn Beck's people sleep at night? This guy would be fine if he were living in a group home for the Very Very Disturbed, 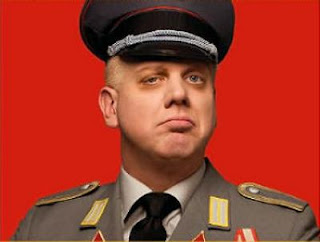 where his hurtful and surreal loose cannon talk would be filtered through a pitiable lens instead of broadcast to millions of credulous listeners. At least others have reflected on this idiocy with care.

There are camps and schools grooming violent extremists in many parts of the world. We see the fruit of some of the madrases 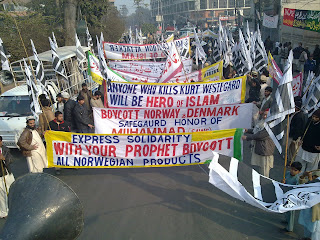 and the Christian camps. Hate hate hate. Beck himself was affiliated with a Tea Party camp for children. The Norwegian mass murderer and the nutty Pakistani Muslims who call for war on Norway are cut from the same morally threadbare cloth--which is Beck's material at best.

Some years ago I was Educational Director at a summer camp not unlike Utoya in Norway, where the deranged Hitler-Youth-type murdered so many children. We had the sweetest, most concerned and gentle children. When I suggested that they organize and conduct an Environmental Impact Hearing on our camp, not only did the camp administration (who would be on the hot seat) approve, the kids did an amazing job. I taught them the principles of it and they ran the hearing with all campers and all staff in the dining room, just as professionally as the government does. I imagine these youth, now in their 30s, are leaders in many communities in the US. That is the opposite of Hitler Youth, and to say that, Glenn Beck, to a people who take pride in bringing down Nazism with nonviolence--exactly what Norwegian teachers, ministers, youth leaders and sports coaches did during WWII--is Goebellian in its painful Big Lie.

Meanwhile, my friend Stephen Kelly, SJ, is in the Security Housing Unit in a Washington prison for his nonviolent resistance to nuclear weapons. Steve doesn't get to see the green of the trees nor the blue of the sky because he is unable to agree with some of the terms of his confinement. He and I write frequently. He has never complained once. Never. He is only concerned with the welfare of others. Meanwhile, in California, prisoners are so sick of the SHU they are on hunger strike.

I think Beck needs the SHU. Give him some meditation time. Let him think about how he hurts others. He seems to claim to be deeply Christian. Give him a place to pray, to reflect profoundly on the sum of his life, the meaning of what he does and says, and how he can reconcile that with Christianity. I would hope that he realizes it can only be done with a series of authentic apologies and a total turnaround.

I won't hold my breath.