Know it all arrogance and violence

A philosopher friend who teaches includes among his course goals that students should know less and learn more as his course proceeds. Know less? What might he mean by this outrageous "goal"?

What he means is at the very heart of nonviolence. It is Gandhian, Socratic, and humble. It is the idea that epistemology precludes a finality that justifies killing. The very nature of knowledge is that the model is not the reality, that the map is not the territory, and that an existential conclusion is, by definition, missing at least part of the truth. 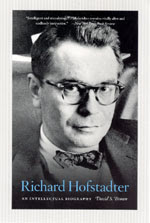 Richard Hofstadter (1916-1970) was a public intellectual who described that role as "a person who likes to turn easy answers into harder questions" (Diggins, 2003, p. 91). What? Even more outrage! What did he mean?

I think he meant something like the Dalai Lama 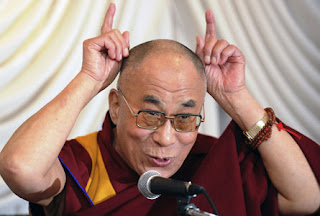 meant when he said that the only people qualified to use any violence might be Bodhisattvas--but that he certainly was no Bodhisattva. The Christian version might be that the only one who ever qualified to use violence was Christ and we have no one who measures up to that perfect wisdom. Similarly, Gandhi stressed that violence was untruth and that only nonviolence could be used to search for truth.

It's not the heat, it's the humility. The arrogant assume the right to kill. The rest of us will seek deeper truths, more context, and other methods. Nonviolence allows us to struggle for something with our whole selves (and not merely a scrap of paper, as Thoreau advocated in his essay on civil disobedience) and not make mistakes that cannot be rectified--because we all will make mistakes and killing is one that cannot be undone.

The more we learn, the less we absolutely unequivocally know. Only nonviolence can free us the dilemma of making drastic and irremediable mistakes or from what Dr. King called the "paralysis of analysis." Violence liberates us from reason and responsibility and is thus attractive to many. Nonviolence liberates us from the arrogance of knowing the unknowable and from the chains of indecision.