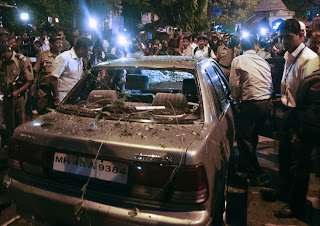 The repeated terror attacks on the commercial capital of India--Mumbai--have produced Indian suffering, dampened transnational enthusiasm for relying upon Mumbai, and growing fear of being there for residents, visiting businesspeople, and tourists. The assumption in India, fed by several streams of evidence and reason, is that Pakistan is the attacker.

It is almost credibly undeniable that Pakistan's state terror apparatus is essentially its Inter-Services Intelligence, the sort of CIA/FBI/al Qa'ida monster that the US has so generously fed and funded for decades. The ISI fingerprints were all over the horrific 2008 attacks on tourists and others in Mumbai and the widespread and logical assumption in India is that ISI either commits or outsources the attacks that are clearly intended to terrorize and thus cripple India's growing prosperity.

War lovers have lionized the massive aid from the US to the Afghan mujahedeen (e.g. the 2007 Tom Hanks Hollywood propaganda film, Charlie Wilson's War), 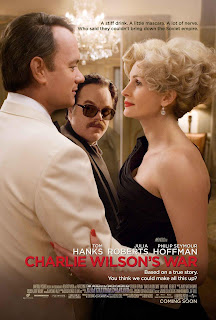 all of which went via Pakistan's ISI. What have the results been of this military aid supposedly given in the name of freedom and democracy?

It gave us the Taliban, al Qa'ida, the Flying (and crashing) Karzai Brothers (a.k.a. the Northern Alliance). It gave us the September 11, 2001 attacks. It gave us the GWOT, the global war on terror that has sucked the US economy dry. It gave us the blowback that keeps on blowing, most recently once again in Mumbai. It gave us the training camps from which attacks are launched on Afghanistan and India, on civilians and police and soldiers (including US) from both Afghan and Indian borderland regions in Pakistan. And now the US is mouthing warnings that Pakistan should really spiff up a bit if it wants more US military aid.

When on Earth will US taxpayers and peace-loving citizens insist that all military aid is blowback and we are tired of providing it? Did you think that Dick Cheney and Exxon are paying the taxes that are misused like this? No, that would be you, my fellow Americans, and only you can stop this by rising up and insisting on it.

No more military to Pakistan or anyone. That is Baby Step Number One toward peace.
Posted by Tom H. Hastings at 5:23 AM