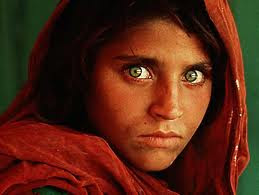 One might hope that after a decade of war war war in Afghanistan, we'd be growing weary, looking for some resolution. Indeed, according to "the polls" (more than one) between 55-60 percent of Americans believe "we should not be involved."

I'm on the Governing Council of the International Peace Research Association and rest assured there is a growing body of research on what it takes to help those poor benighted countries like Angola, Sierra Leone, Guatemala, Nepal, Bosnia, etc, to end a war and construct the peace. The UN studies this, several EU projects focus on it, numerous foundations fund researchers from universities and institutes to worry about what happens when a country tries to transition from war to peace. There are volumes and volumes written about it, and the peace is increased when these findings inform those on the ground.

But how do we bring the US to peace? I think it might be time to look at what the literature says about war torn countries in the various phases of moving toward a stability that can support peace. The biggest worry are the spoilers--those who are fast to move to upset and wreck the fragile peace so that war resumes.

Spoilers range from ideologically implacable enemies, through disappointed political interests, to unscrupulous exploiters who profited from the previous dispensation and are reluctant to accept its demise (Ramsbotham, Woodhouse, & Miall, 2011, p. 216).

We see all those symptoms and players both in Afghanistan and in the US. The Taliban hates the US and our military hates them. The US cannot install a friendly enough leader--Hamid Karzai is half defected to the Taliban. When we leave, Karzai is not long for power, and his US gravy train dries up, so he desperately wants us to stay even though he'll spout the opposite. War profiteers in the US are forever seeking to cook up ways to carry on with hot conflict. They own the Republicans and have a major stake in the Democrats.

So these are the spoilers. They all act opposite to the interests of the people of the US and of the people of Afghanistan and they all claim to be operating for the good of their respective people. This is part of why war is a lie. Lies are the only way to keep Americans remotely tolerant of occupying someone else's land when the threat to the US is only made worse by doing so.

Time to end this. Time to say to the politicians: No more excuses. Read our lips: NO MORE WAR. Afghans want to see the backsides of the US leaving. The people of the US want the same thing. Are our leaders the spoilers? 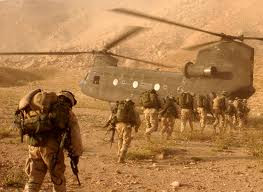