We lost before we won 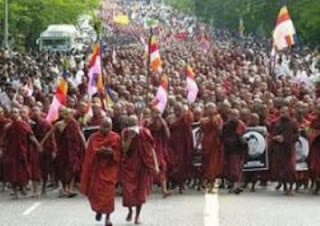 Social movements virtually never win on the first try. Even rousing successes with short runs to big victories are usually preceded by fall-flat failures if we look close enough.

All of these movements and many more eventually won.

It is very problematic to refer to a movement as a failure in most cases. Unless the movement basically renounces itself, it is probably somewhere gathering its strength for another charge.

One of the weaknesses in building social movements on the practice of a history of victories is that success has a thousand fathers and defeat is an orphan; e.g., rightwing militarists ("Reagan spent them into bankruptcy") and nonviolent activists (obviously, the crowds were in the streets and none of them used violence and we won) alike claim credit for the breakup of the Warsaw Pact, the fall of the Berlin Wall, and the dissolution of the USSR.

The evidence is often indirect (Shawki, 2009, p. 99). There are rarely smoking memos ("Please note that I am leaving office because of the massive nonviolent demonstrations and the boycotts that have weakened my will to continue in my bloodthirsty and brutal grasp on power."). Social movements are usually in the midst of a great big very nonclinical, nonlaboratory messy situation full of almost infinite variables and force vectors. Rhetoric usually is a tissue of fabrications (I'm leaving for health reasons. We no longer want this weapon factory. We've done all the good we can for these people and we are going home proudly.) 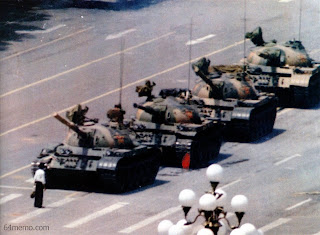 It's also tough to admit lack of measurable progress. No one likes to acknowledge that their favorite strategy has failed to dislodge the generals in Burma (there have been both nonviolent and violent attempts), the brutal Chinese occupiers of Tibet (same thing, with both sorts of resistance), nor the central dictatorship with few human rights or metrics of democracy in China. Analyzing success or failure is usually a matter of finding the correlatives except in obvious cases like the Serb overthrow of Slobodan Milosevic without a shot or Cesar Chavez gaining migrant worker rights by activating much of the country in effective boycotts that greatly strengthened the power of the nonviolent United Farmworkers.

And so, time after time, we start from a collective societal assumption that we are only doing our nonviolent action out of desperation, not out of a sense we will win. This assumption is false. If we carry on, if we are creative, if we think strategically and show discipline, we will very likely prevail. It is in fact those who decide to use violence who assume they will likely win and in truth will likely fail. Nonviolence is still perceived as the weapon of the weak when, after all, it's the other way around. The day that society assumes that nonviolence is the best bet even when it has the resources to use violence is the day our chances of victory grow even greater.

So, yes, assume you will lose. But assume that you will rise to show persistence and resilience and that, like so many before you, your victory will come.